UPDATE: Police say two people are in custody after a car reportedly left the scene of a burglary and crashed into a St. Paul funeral home.

According to St. Paul police, officers were called to the 1100 block of Rice Street at about 3:30 a.m. Tuesday for a reported burglary that was already in progress. The caller also reported a suspicious vehicle behind the address.

When officers arrived, they found a silver SUV behind the building, which they say then left at a high rate of speed. According to police, they didn’t chase after the vehicle.

The driver eventually lost control, and crashed into Bradshaw Funeral Home, located on the 1000 block of Rice Street.

After the vehicle hit the building, police say a 37-year-old woman got out of the vehicle, and the driver, identified as a 33-year-old man, got out and ran from the scene. 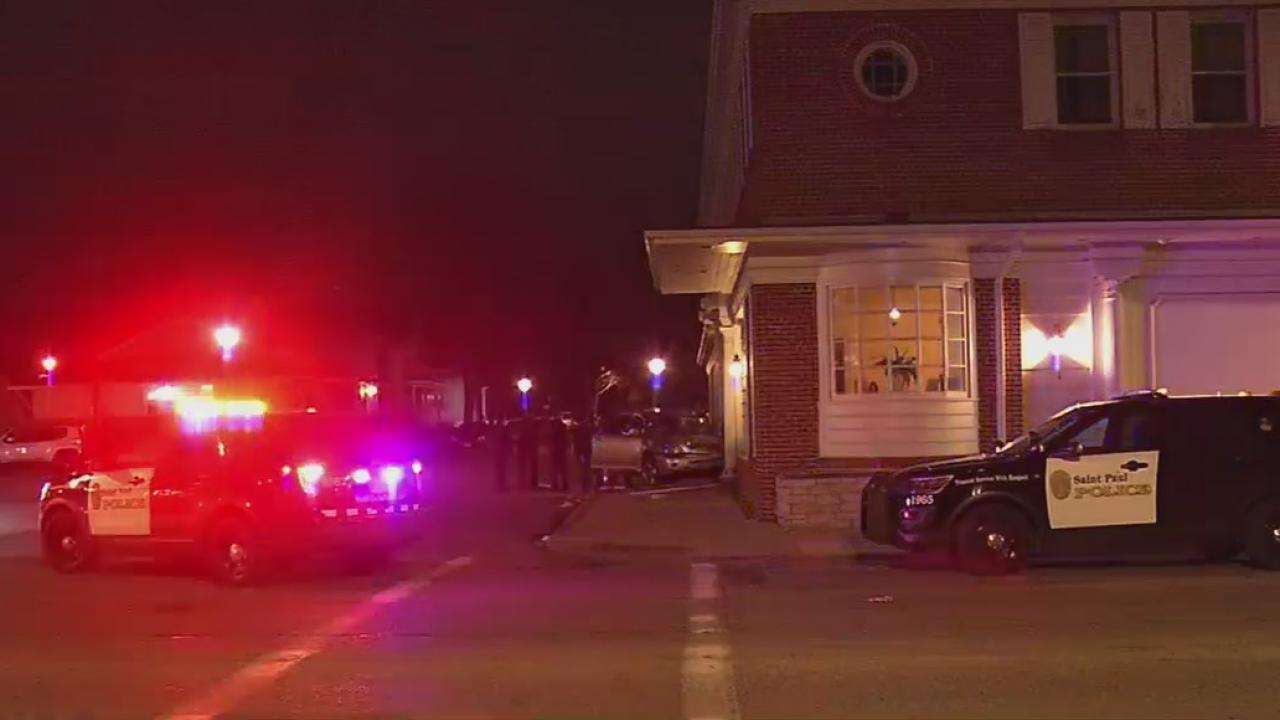 The man was apprehended soon after, and police add they found a firearm inside the vehicle, which was identified as stolen out of Edina.

Both the man and woman were taken to the Ramsey County Jail.

The woman was booked on charges of tampering with a motor vehicle as well as drug possession.

Meanwhile, the man was booked on multiple charges:

A previous version of this story appears below.

A car crashed into a building along Rice Street near Jessamine Avenue W. early Tuesday morning.

A 5 EYEWITNESS NEWS photographer was at the scene around 4:30 a.m. Tuesday.