A homicide investigation is underway Tuesday night in north Minneapolis.

Police had blocked off a scene near 49th Avenue North and Interstate 94 where a car had crashed onto the eastbound lanes of the highway.

KSTP cameras captured bullet holes dotting the windshield and driver’s side door of the vehicle. An empty ambulance was also seen leaving the scene shortly before 8:30 p.m.

Minneapolis Police spokesperson Garrett Parten said officers were notified of a ShotSpotter activation in the 500 block of 49th Avenue at about 8 p.m. After finding the vehicle crashed on I-94, officers found the man in the vehicle had multiple injuries, including an apparent gunshot wound. 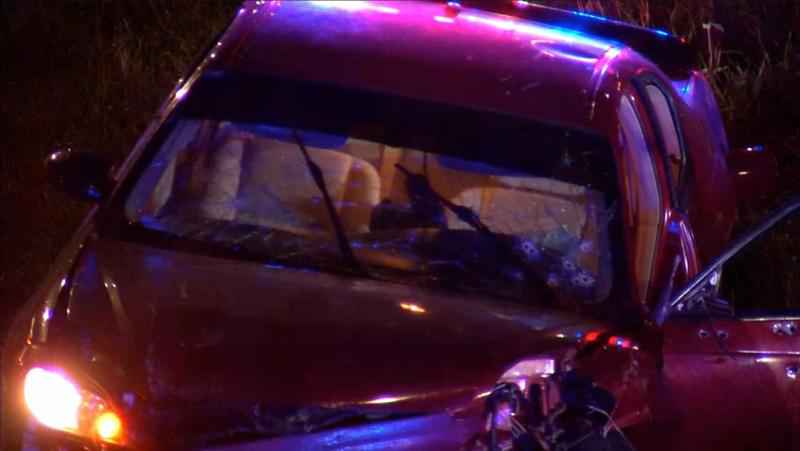 Parten said investigators believe the shots and the crash are linked and that the car came from 49th Avenue down the embankment and onto I-94.

At this time, police are still working to find the person responsible and no suspect description is available.

The victim will be identified at a later time by the Hennepin County Medical Examiner’s Office.

This is a breaking news story. Stay with 5 EYEWITNESS NEWS and KSTP.com as we work to bring you the latest information.