Police expert: It would’ve been ‘dereliction of duty not to’ arrest Wright; ex-chief says he saw no violation 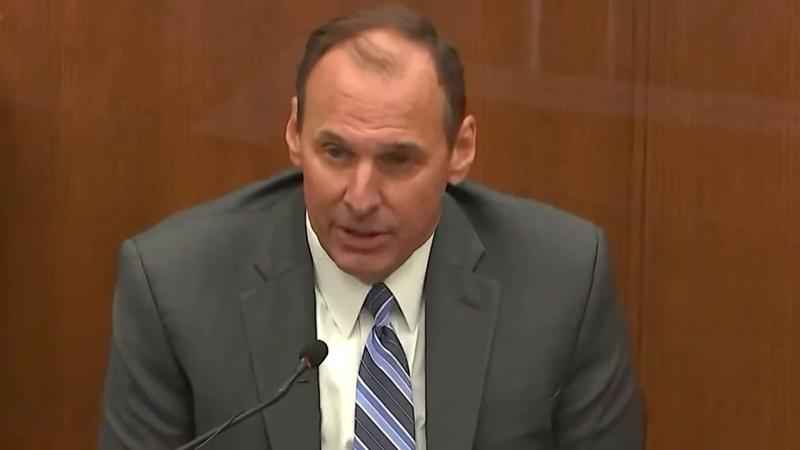 The defense’s first witness was Stephen Ijames, who has worked in law enforcement in Missouri for 43 years and has traveled across the country and world for police presentations. Ijames contradicted the state’s use-of-force expert that Potter was too close to Wright for a Taser to work effectively or that the others around Wright made it a bad idea to use a Taser on him.

Ijames testified that "There is a risk you can make a mistake … but it does not prevent you from doing what you need to do in most scenarios." He also told jurors Wright wasn’t in control of the vehicle and that his warrant mandated officers arrest him, saying it would’ve been a "dereliction of duty not to," contrary to the state’s expert saying officers knew Wright and where he lived and could’ve arrested him at a later time.

The state, who objected to Ijames testifying at all, thoroughly questioned him, getting him to note that a Taser doesn’t work about one-third of the time and Wright’s positioning "may or may not" have allowed for good probe spread. The state also focused on Wright just needing to shift the vehicle into gear for it to move and create an unguided hazard.

Ijames did, however, say he believes the use of a Taser on Wright would’ve been reasonable.

In the afternoon, former Brooklyn Center Police Chief Timothy Gannon — who resigned two days after the shooting and just after accepting Potter’s resignation — testified that he "saw no violation" of policy by Potter or the other two officers during Wright’s attempted arrest.

He noted he only saw Potter’s body camera video before he resigned due to what he called "political pressures" over his decision not to fire Potter and his handling of protests after the shooting. He later saw dash camera video from Officer Anthony Luckey’s squad but never watched Sgt. Michael Johnson’s bodycam video. He also said he believed Johnson was leaning into Wright’s car when Potter fired the shot and noted he, himself, was previously dragged by a car.

He also called Potter a friend and "a fine officer," saying he felt bad for her after the shooting and still does. While he agreed officers typically know when they’re holding a firearm in their hand, he said Wright was never in control of the vehicle. He also quickly denied lying under oath to support Potter, saying, "Sir, there’s a reason why I’m an ex-chief. Nobody gets me to say something or do something that I don’t believe in. I wouldn’t lie for anyone."

Jurors then heard from four others — including three officers who worked with Potter — about her character, all calling her a good officer who was peaceful, law-abiding and respected.

The defense is expected to have just two witnesses testify Friday before closing arguments and deliberations can begin.

Court is scheduled to reconvene Friday at 9 a.m.