The shooting happened around 12:30 a.m. during a party at a short-term rental property where there were more than 200 people inside – many of them underage, Pittsburgh police said in a news release. At least 11 people were being treated for gunshot wounds and two male victims died at the hospital, police said.

Others were injured attempting to flee, with at least two people suffering broken bones by jumping out of the building’s windows, authorities said. Arriving officers reported hearing shots in the area and seeing several young people fleeing the area on foot and in vehicles, police said.

Police said as many as 50 rounds were fired inside and several more were fired outside. Shell casings from rifles and pistols were found at the scene, Pittsburgh police commander John Fisher told WTAE-TV. Police are processing evidence at as many as eight separate crime scenes spanning a few blocks around the shooting scene, police said.

“You have alcohol, you have underage people here and you have guns – that’s a deadly combination at any type of an event, and the end result is it’s a tragedy,” Fisher told WPXI-TV. 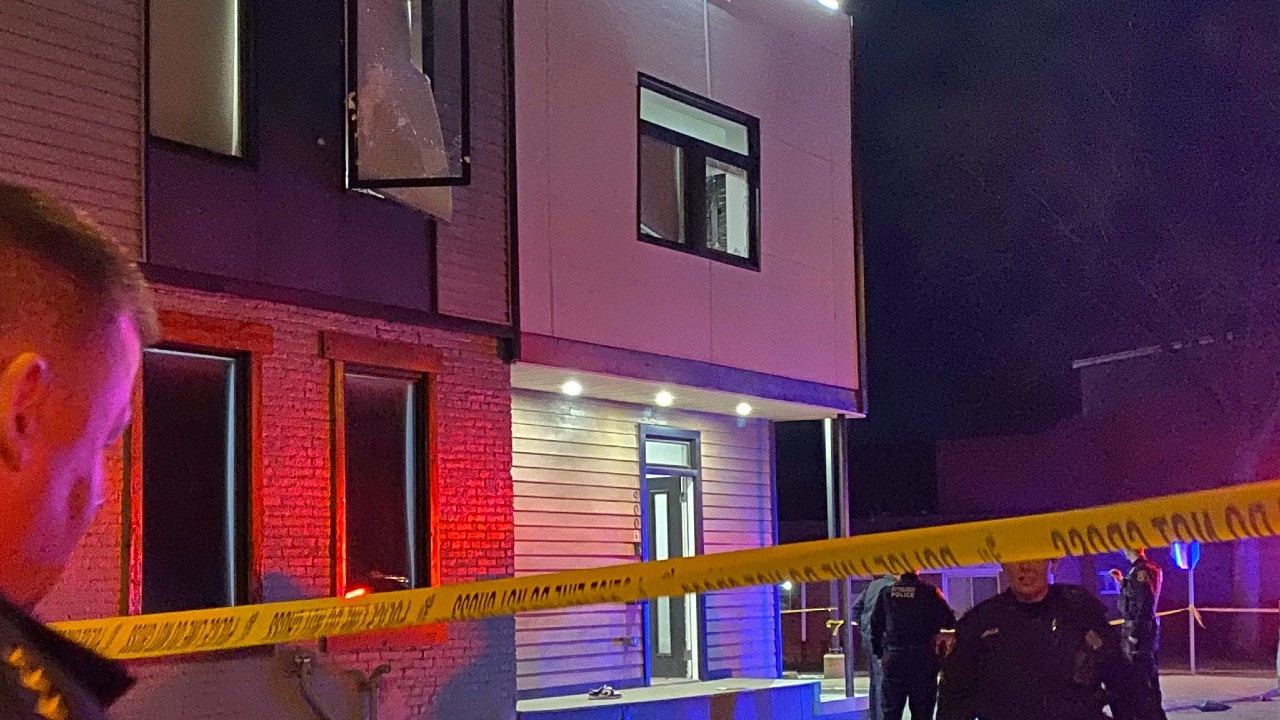 Police at the scene of a shooting in Pittsburgh on April 17, 2022. (Pittsburgh Public Safety)