Plenty of optimism at Jablonski golf tourney for paralysis research

Since the day he suffered a severe spinal cord injury that left him paralyzed Jack Jablonski has never wavered in his belief he will not only walk again someday, but do even more.

“No question I believe I’ll walk,” Jablonski told 5 EYEWITNESS NEWS. “I believe I’ll be able to skate again…and this is what the foundation is about. It’s about helping myself, but most importantly helping everyone with paralysis.”

His recent optimism is based on success he’s having with a new spinal stimulation device that’s giving him remarkable new use of his right arm. So much so that he was recently able to feed himself for the first time in nearly ten years.

”This is a very important time for myself, but also for the foundation and spinal cord injury research,” he says of the patients in the trial. “All of them have had progress, including myself and once we get past that we move a step closer to FDA approval which then can help people with paralysis across the country.” 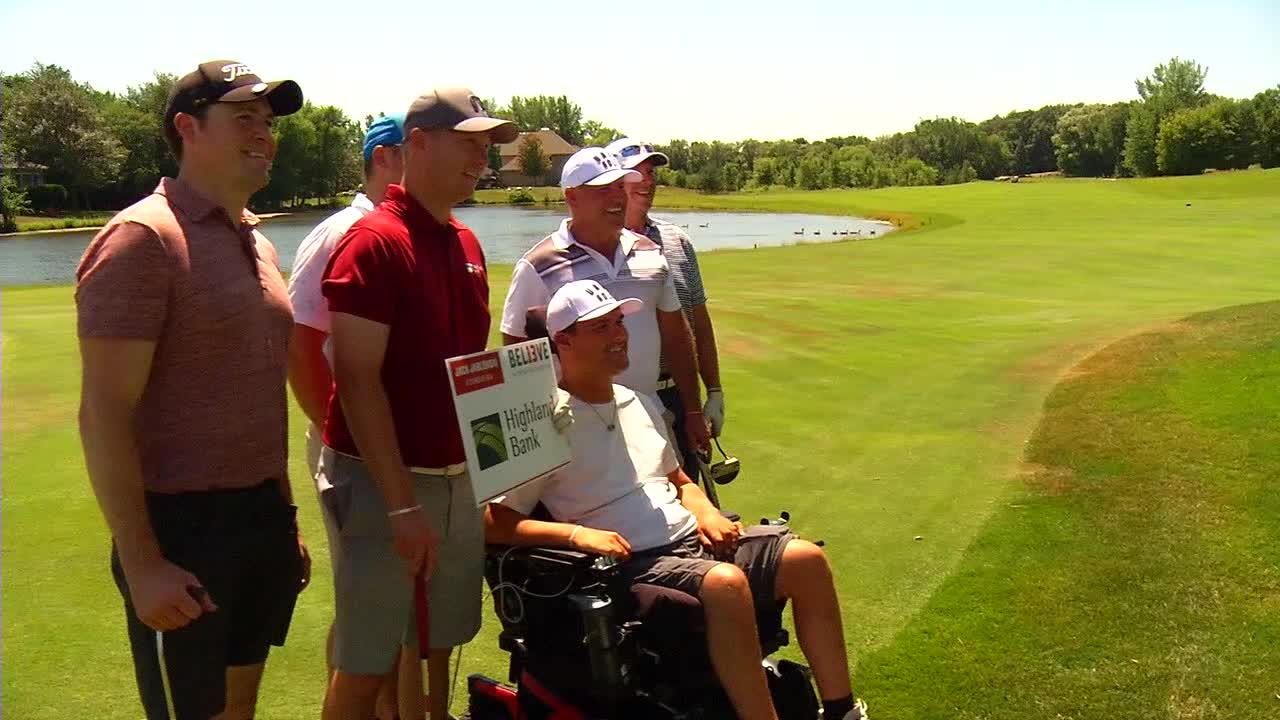 Jack’s mom Leslie Jablonski and other family members help administer the treatments with the device and she says his progress was almost immediate. “People are coming up to Jack and they’re noticing his hands are a lot stronger,” she said. “Like Jeremy said when he shook Jack’s hand last night. He was amazed at the grip.”

Former NHL all-star Jeremy Roenick has known Jack since the first days after his injury in 2011. So he knows first-hand how far Jack has come. “His ability to move his fingers and manipulate his arms so he can grip things…Doctors ten years ago said he’d never be able to do that.”

Roenick flew in from California to play in the Jack Jablonski Foundation “Bel13ve in Miracles” golf tournament. He was among about 150 golfers who each paid $225 to help raise money for paralysis research.