The Minnesota Wild and St. Louis Blues will take extra precautions for Saturday’s NHL Winter Classic at Target Field, with dangerously cold weather on the way.

The 5 EYEWITNESS NEWS weather team is forecasting the air temperature will be 4 degrees below zero for the start of the game at 6 p.m., with wind chills as low as minus 25 degrees.

Both teams are planning to wear new thermal gear during the game, purchased from a Minnesota sportswear company.

They placed an order this week with Eagan-based WSI Sports, according to the company’s founder and owner Joel Wiens.

"We got a call from the Wild and the Blues to get them outfitted for cold weather this weekend," Wiens said. "One of our technologies is called ‘Heatr.’ It’s a material that warms up against the skin. It basically gives you twice the amount of warmth and cuts down your layering in half." 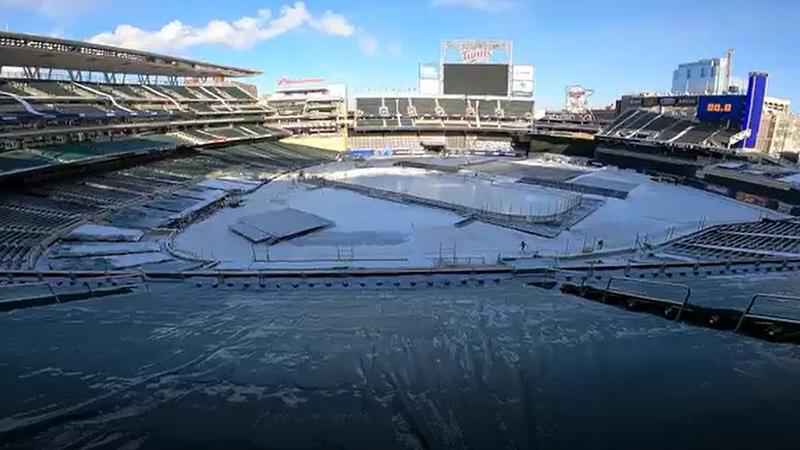 Wiens said each team ordered a few dozen shirts, socks, gloves and undergarments in preparation for the game.

"There is some concern about frostbite," said Dr. Brad Nelson, a team doctor for the Minnesota Wild and orthopedic surgeon at TRIA Orthopedics.

They will also have multiple medical professionals at the game, including emergency doctors, sports medicine physicians and first responders.

Nelson noted, most of the players grew up skating outdoors and know how to effectively prepare for a cold-weather game.

"They spend a significant amount of time in pre-game warmup and I think they’ll go out with their muscles warm, part of their regular warmup routine," Nelson said.

He added that frostbite and hypothermia will likely be a bigger concern for fans.

"Things to look out for with hypothermia would be intense shivering, people can get clumsy or have some confusion and those are signs of hypothermia that need to be addressed medically," Nelson said. "The thing that always makes cold-related injuries more problematic is alcohol use."

Game time is 6 p.m. Saturday with gates opening at 4 p.m.