Plane slides off taxiway at MSP; no one hurt

UPDATE: The plane has been moved, according to a 5 EYEWITNESS NEWS photographer at the scene.

Additionally, Delta provided the statement below:

After landing safely, the nose gear of Delta Flight 1819 exited the taxiway while turning toward the gate due to icy conditions. Our customers have been deplaned and are being transported to the terminal, and we apologize for the delay in their travels.

INITIAL REPORT: A Delta airplane arriving from Mexico slid off the taxiway Tuesday at Minneapolis-St. Paul International Airport, according to an airport spokesperson.

The plane, an Airbus A320 bound from Cabo San Lucas, partially went off the taxiway around 6:40 p.m. MSP confirmed the plane’s nose gear went about 30 feet off the pavement and was stuck in the snow as of 8:30 p.m.

None of Delta Flight 1819’s 147 passengers were hurt, the airport says, and MSP fire and field maintenance crews helped passengers get off the plane.

Crews are expected to begin work to move the plane later Tuesday night. 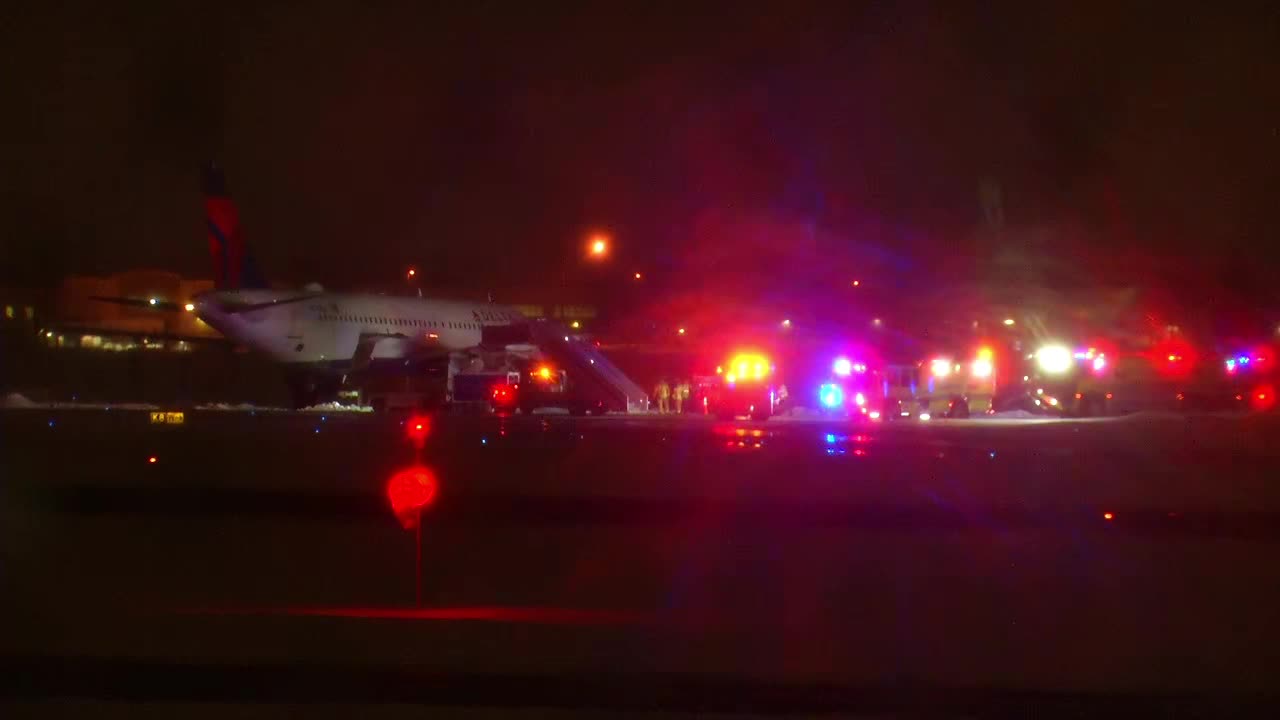 5 EYEWITNESS NEWS has reached out to Delta for more information but has not yet received word on the cause of the incident.

The airport added, “MSP’s Field Maintenance crews have been working most of the day to clear and treat runways and taxiways during the current winter storm. Unrelated to the incident, all runways were closed due to an increase in freezing drizzle around 7:30 p.m.”

A 5 EYEWITNESS NEWS photographer at the scene captured video of the plane during the 8 p.m. hour Tuesday. View the video at the top of this article.