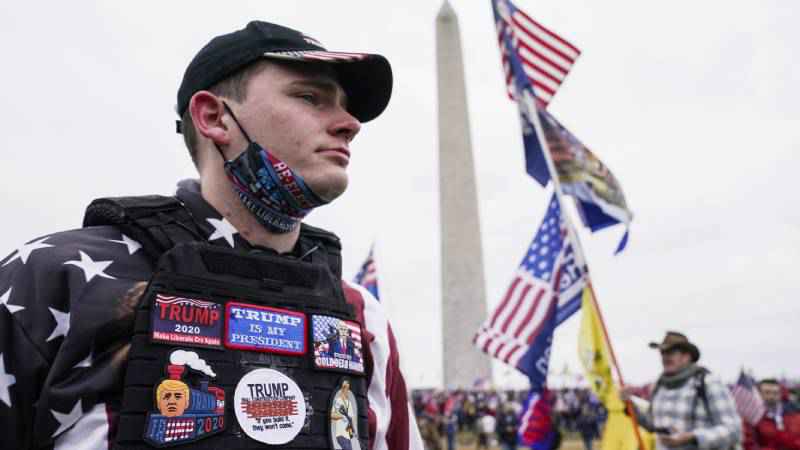 Trump supporters gather on the Washington Monument grounds in advance of a rally Wednesday, Jan. 6, 2021, in Washington.[AP Photo/John Minchillo]

Angry supporters of President Donald Trump have stormed the U.S. Capitol in a chaotic protest aimed at thwarting a peaceful transfer of power.

They have forced lawmakers to be rushed from the building and interrupted challenges to Joe Biden’s Electoral College victory. Trump issued a restrained call for peace but did not call on his supporters to leave.

Here’s the scary moment when protesters initially got into the building from the first floor and made their way outside Senate chamber. pic.twitter.com/CfVIBsgywK

Earlier, in a huge rally near the White House, the president had egged his supporters on to march to Capitol Hill.