“We’re just not sure when we are going to reopen.  We had a bunch of stuff planned for next month and we are hoping to still be able to do it,” said Eric Cohen, Project Manager for the Phoenix Theater.

The small theater off Hennepin Avenue sustained major damage last week — luckily no one was inside at the time.  They are still waiting to hear the costs of repairing the windows, the front door, and the frame of the building.

While they wait, they have had to cancel and relocate some of their productions.  What’s more: December was shaping up to be one of their best and busiest months since before the pandemic.  Now they are unsure if they can put on their popular holiday productions.

“If we can’t accommodate them, they are out six months of planning and however much money they’ve spent.  If we can’t make it work, we feel like we are letting people down,” Cohen said. 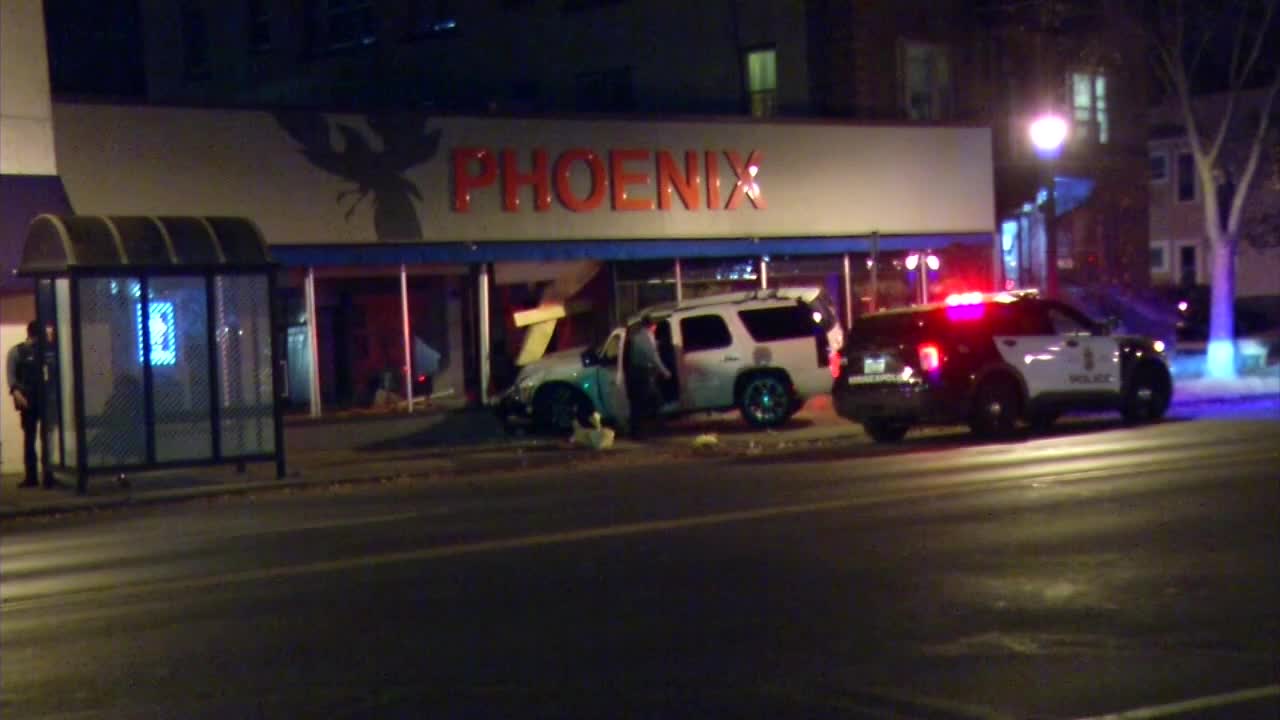 However, the community is showing it’s support.  Volunteers have helped with cleanup, organizing fundraising and Huge Theater off Lyndale Avenue even donated stage space for one of their productions this month.

Cohen says their goal is to reopen by December, even if they have to construct a temporary entrance.

For more information on how to help click here.