A group gathered Tuesday outside the Governor’s Mansion in St. Paul to honor the life of Philando Castile and advocate for change. It’s been five years since he was shot and killed by a St. Anthony Police officer during a Falcon Heights traffic stop.

“He was such a good man, a giving man, a caring man and a loving man,” said Valerie Castile, his mother.

Her 32-year-old son was pulled over on July 6, 2016. Castile informed former officer Jeronimo Yanez that he was legally carrying a gun. According to the criminal complaint, Castile said he was not reaching for the gun but Yanez screamed, “Don’t pull it out!” before firing seven shots at Castile. Five bullets hit Castile.

Yanez was charged with second-degree manslaughter but later acquitted by a jury.

“He shot my son five times, tore his body up, tore his heart up, those bullets ricocheted through my baby’s body and hit every organ,” Valerie Castile said. “That man should be in jail for the rest of his life because that was a murder.” 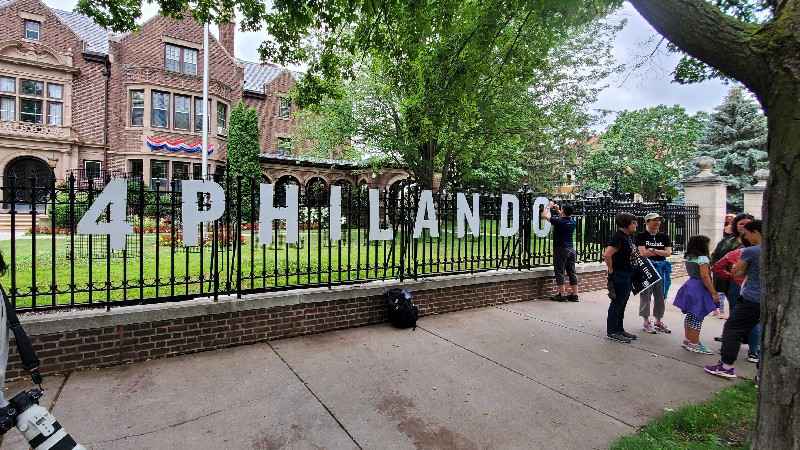 In the wake of Castile’s death, the St. Anthony Police Department has implemented body-worn cameras. The last five years have also seen two officers convicted of murder in Minnesota: Mohamed Noor for the shooting death of Justine Ruszczyk Damond and Derek Chauvin for the death of George Floyd.

“People know more now, people know more about the truth and they’re going to be watching more now for it,” said Toshira Garraway, the founder of Families Supporting Families Against Police Violence. “It was a light that was shined when Philando was killed that they could not cover it up because it was on Facebook Live.”

Valerie Castile has led the push for police reform in Minnesota. Last year, her efforts resulted in new guidelines for traffic stops statewide. She also advocated for police accountability legislation at the State Capitol in 2020. Lawmakers ultimately passed a package of reform measures.

Last week, Gov. Tim Walz also announced executive action, which includes directing law enforcement agencies within state government to develop a policy to show families of those killed by police any footage of the incident within five days.

Still, Castile believes there is more work ahead.

According to Minnesota statute, an officer is justified to use deadly force “to protect the peace officer or another from death or great bodily harm.”

Garraway is also advocating for more changes to state law.

“It was hard to see this legislative session go by without any police accountability,” Garraway said. “We know that anytime someone doesn’t get held accountable for their action it gets worse and worse and it keeps happening.”

State lawmakers did pass several police reform measures this session, however, it was far less than what advocates pushed for.

“I hope other people understand that because it didn’t happen to you or someone you love, that it is happening to people out here in the community,” Garraway said. “We are losing loved ones unjustly at the hands of law enforcement. And we just want people to understand that our families are coming forward for a reason.”