Sam Kunjummen expected the process to bring his wife’s parents from India to their home in Apple Valley was going to be fairly straightforward.

The IR-5 visa they are seeking, reserved for the parents of U.S. citizens, is supposed to be one of the easiest to get.

"We thought it would take a year, max," Kunjummen said.

But even a year after getting their paperwork approved, Sherin Kunjummen’s parents still have no idea when they will be approved to come to the United States. The latest report from the State Department suggests they are among nearly half a million "document qualified" applicants still waiting for a final interview to get their visas.

When Sherin had medical complications during pregnancy with their youngest son earlier this year, the family’s doctor and U.S. Rep. Angie Craig’s office sent letters to immigration officials asking them to expedite the Kunjummen’s case, but the U.S. Embassy in India denied their request. 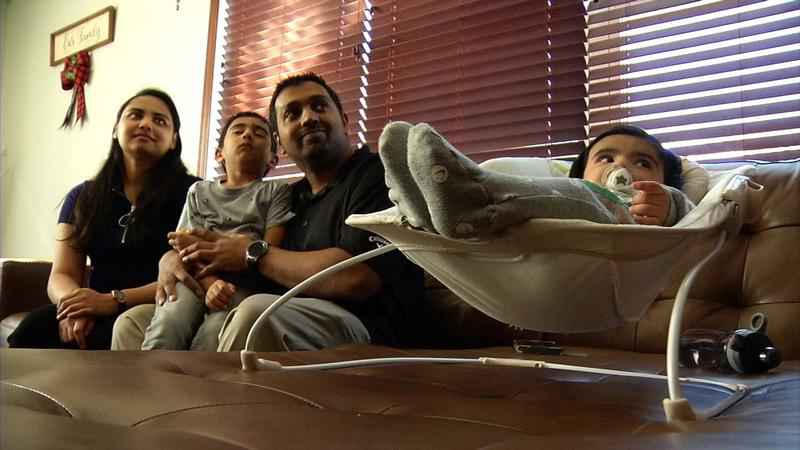 The Kunjummen family of Apple Valley applied for a visa to bring Kerin Kunjummen's parents, who live in India, to the United States. The IR-5 visas for foreign parents of U.S. citizens is supposed to be one of the easiest to get, but the Kunjummens have been waiting well over a year to get since the paperwork was approved to get their family members a final interview.[KSTP]

"I just felt devastated because … I didn’t make anything up. I got an official doctor’s note and they just said, ‘Wait in line like everyone else,’" Kunjummen said. "We’ve tried everything we could and nothing’s getting done."

On the U.S. Department of State website, the National Visa Center said the COVID-19 pandemic "continues to severely impact the number of visas our embassies and consulates abroad are able to process."

Kim Hunter, a Minnesota immigration attorney, not involved with the Kunjummens’ case, says families now deserve more of an explanation for the backlog.

"At some point, it would be nice to see some accountability from the government and for them to stop laying everything at the feet of COVID," Hunter said. "They could be expediting cases for cause, they could be putting more resources in the consular offices, they could be doing interviews by Zoom. There are things they could be doing, but we’re just so mired in this bureaucracy that nothing seems to be moving at the current moment."

For now, Sam Kunjummen has relied on the support of other families also waiting on IR-5 visas. He and others are part of an online community monitoring the progress of their applications in real-time.

Late Wednesday, a State Department spokesperson told 5 EYEWITNESS NEWS that the COVID-19 pandemic resulted in "profound reductions" in the department’s visa processing capacity. The spokesperson added that U.S. embassies and consulates have prioritized services to U.S. citizens overseas during the pandemic but that they are working to resume routine visa services on a location-by-location basis.

The agency declined to discuss the status of the Kunjummens’ case, stating that visa records are confidential under U.S. law.