Roads across the Twin Cities metro area can be likened to a skating rink Wednesday morning after overnight freezing mist and snow coated created a glaze, causing traffic disruptions.

Roads were slippery enough for dozens of schools to either delay the start of classes, or to have an e-learning day. CLICK HERE for a full list that is continuously updated.

According to Minnesota Department of Transportation’s 511 page, roads are listed as being either partially or completely covered. Visibility is also down to less than a mile. On the Wisconsin side of the border, the state’s Department of Transportation said roads are ice covered, with many roads also reporting slippery stretches. Roads in northeast and southeast Wisconsin were still listed as having good winter driving early in the morning.

The Minnesota State Patrol reported from 9:30 p.m. Tuesday through 7:30 a.m. Wednesday, 120 crashes happened across the state, with 10 of those involving injuries. There were an additional 116 spinouts and 19 jackknifed semis. Late Wednesday morning, the agency reported there were another 82 crashes between 7:30 a.m. to 11:30 a.m., of which 17 involved injuries. There were also 85 vehicle spinouts and three jackknifed semis. 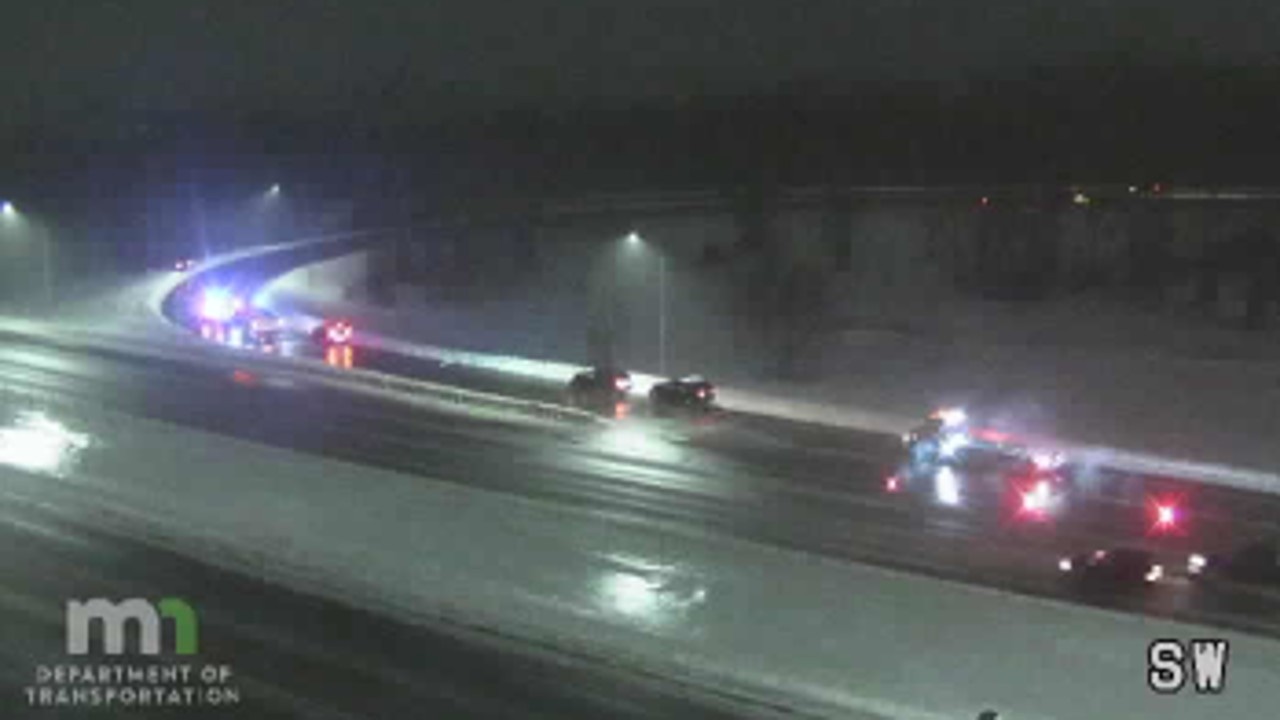 The ramp from southbound Highway 52 to upper 55th Street in Inver Grove Heights was closed due to a crash early Wednesday morning. Credit: MnDOT

The Minnesota Department of Public Safety’s Driver and Vehicle Services division said due to the weather conditions, road tests at DVS exam stations found in Arden Hills, Eagan and Plymouth were being delayed.

Make sure to follow 5 EYEWITNESS NEWS Traffic Reporter Hanna Conway on Twitter for the latest traffic updates. CLICK HERE to do so. An interactive map showing real-time traffic conditions can be found below.