Outpouring of support after 2 young men killed in Orono crash

A 24-year-old passenger who died in the crash that killed the son of the Gophers men’s hockey coach was identified on Monday.

Schuneman was a passenger in the vehicle, which left the road and struck several trees in Orono on Saturday night.

"He was really one of a kind. He’ll always be remembered by his friends," said Alex Orn, Schuneman’s friend. 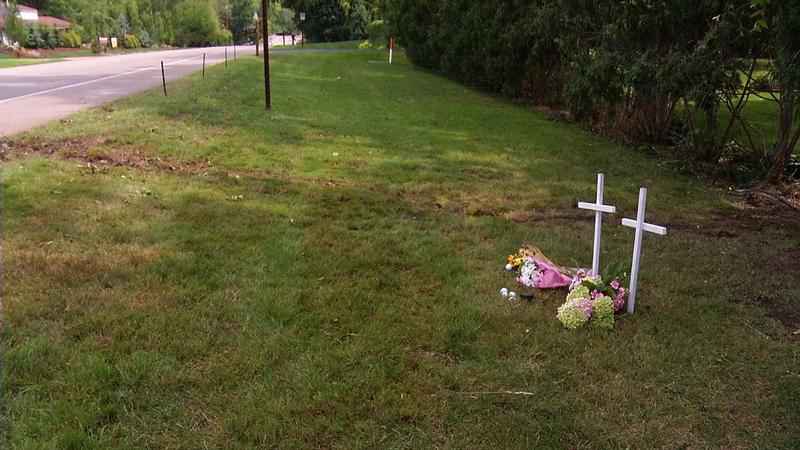 Crosses are seen near the site of a crash in Orono that killed Mack Motzko and Samuel Schuneman.[KSTP]

Several of Schuneman’s friends gathered at the roadside scene of the accident on Monday to share stories and a box of tissues.

"Sam was our friend, he was a was a wonderful guy, he always made everyone feel so welcome. Whenever he walked into a room, everyone would flock to him," said his friend, Rashed Elbaba.

The New Mexico Ice Wolves of the NAHL tweeted a modified version of their logo on Monday to honor their former player.

Authorities said James Blue, the 51-year-old driver of the vehicle, was taken to a hospital in critical condition. There was no update on his status as of Monday.