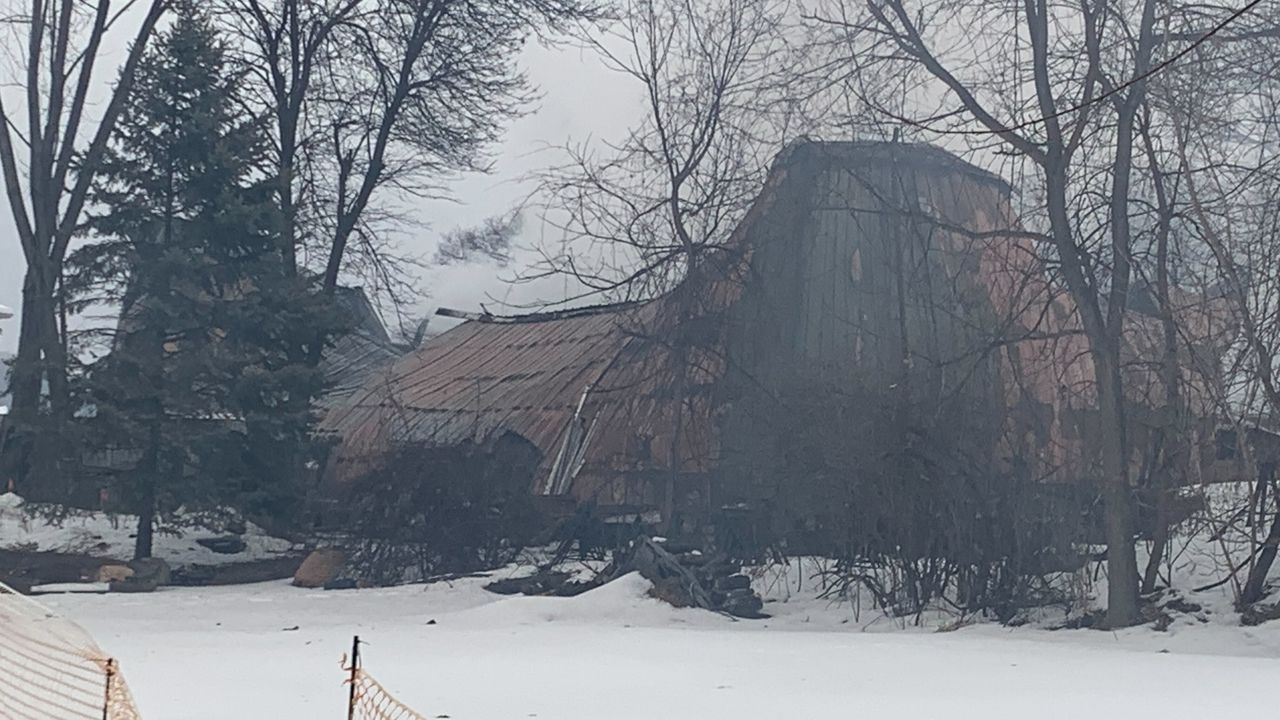 Crews worked to put a fire out early Saturday morning.

Fire officials say no one was injured during a maintenance building fire early Saturday morning.

According to Long Lake Fire Chief James Van Eyll, crews were called to the 3200 block of North Shore Dr. around 6:50 a.m. for a report of a possible house fire.

When police arrived, they found a maintenance building was completely engulfed in flames.

Multiple tankers were brought in due to no municipal water being available, and the fire reached a second alarm level, according to Van Eyll.

He says two boats, as well as the building, were completely destroyed.

As of 9 a.m. Saturday, Van Eyll said crews were still on the scene putting out hot spots, but the fire was under control.

Multiple roads were also blocked off in the area while crews battled the flames.

Anyone who is concerned about the welfare of their boat is asked to contact North Shore Marina.