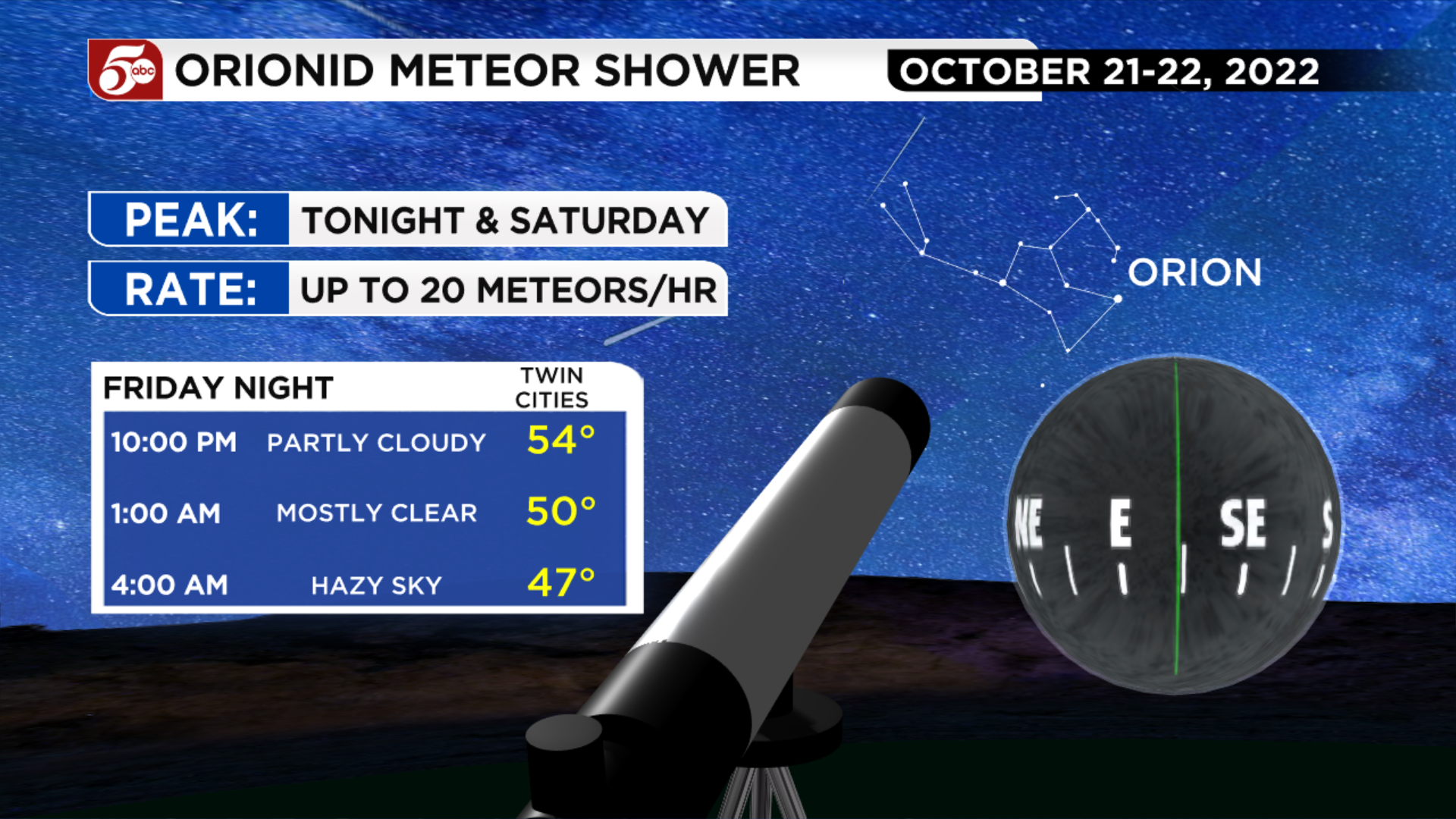 This weekend is the peak of the Orionid meteor shower, and weather conditions will be favorable in parts of Minnesota to see the show.

According to 5 EYEWITNESS NEWS meteorologist Matt Serwe, the peak of the meteor shower is early Saturday morning.

Serwe says central and southern Minnesota have the best chance of a clear sky after midnight. In the northern part of the state, clouds are likely through most of the night, and after 3 a.m., upper-level smoke could impact viewing around the Twin Cities.

In order to see the meteor shower, you’ll want to look to the east and southeast. It’s best to have a large, open viewing area such as a field or country road or a campsite with a clear view in one or more directions. CLICK HERE for more tips to watch a meteor shower.

According to earthsky.org, this meteor shower will ultimately last until Nov. 22. Under ideal conditions with no moon, the Orionids show about 10-20 meteors an hour. The meteors sometimes leave trains, and occasionally show bright fireballs.

The meteors in this shower come from Halley’s Comet, and the point they appear to radiate from is in the direction of the Orion constellation, which can be found rising in the east in the hours after midnight during October.

CLICK HERE to report a very bright meteor – also known as a fireball – to the American Meteor Society.