An original musical work will take the stage in St. Paul this weekend to raise awareness for refugees here in Minnesota and around the world.

Minnesota-based nonprofit Together in Hope Project commissioned the musical project, “The Stranger.”

It has been a work in progress for four years and will make its U.S. debut at the Ordway Center for the Performing Arts Friday night.

“It’s music with a purpose,” said Executive Director Brian Schmidt. “The message here is that all are welcome. No one is a stranger.”

The concert will be performed by the Together in Hope Choir, accompanied by a 20-person orchestra. 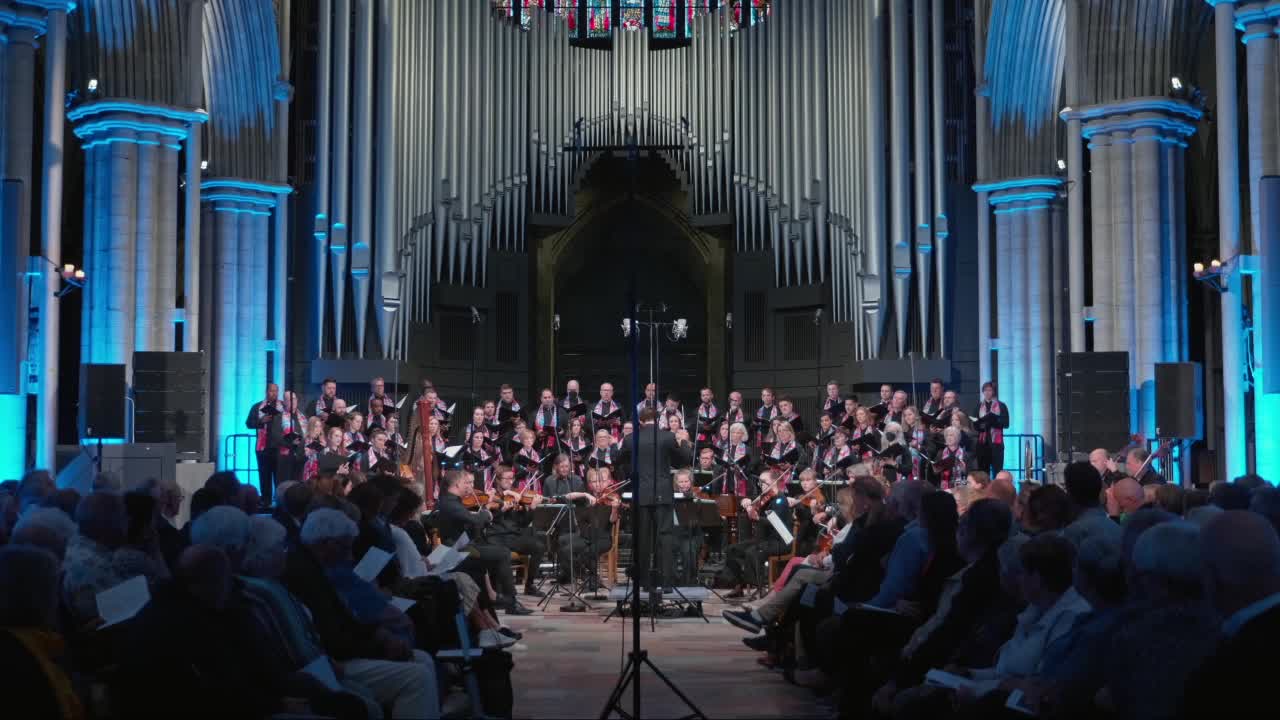 A performance of 'The Stranger' at The Ordway (Photo Courtesy: Together in Hope Project).

The 70-minute performance will feature 16 songs that shine a light on the challenges facing immigrants and refugees worldwide.

“There’s a greater call that I think is incumbent upon all of us, living lives of radical hospitality and welcome,” said Artistic Director and Conductor Mark Stover. “The opportunity to be that place of welcome and to be that refuge is right here before us like never before.”

The concerts are being done in partnership with USA for UNHCR, the United Nation’s refugee agency, which helps provide shelter, food and medical care for refugees.

The organization said more than 100 million people across the world have been forced to flee their homes, the highest level of displacement on record.

5 EYEWITNESS NEWS has closely followed the recent resettlement of Ukrainian and Afghan refugees here in Minnesota.

“The more we know and learn from each other, the easier it becomes for us to be as neighbors,” said Ian Oundo, president of the Uganda Association of Minnesota.

Oundo moved to Minnesota from Uganda in 2005 and now serves as an advocate for immigrants and refugees across the Twin Cities.

As of 2019, Minnesota was home to an estimated 476,000 immigrants and refugees, making up 8.5% of the total population of the state, according to data provided by the City of Minneapolis from New American Economy, Map the Impact: Minnesota.

“Our Minnesota community is growing in diversity. We hope that this is an opportunity to start a conversation that maybe was not there before. Through music this time, hopefully we will have a larger conversation of: how do we make Minnesota a more welcoming space?” Oundo said.

The lyrics featured in ‘The Stranger’ come from the poetry of immigrants, the sacred texts of world religions and the writings of humanitarian workers.

“Music just kind of has this magic to catch people off guard, to inspire them when they’re not expecting to be inspired and to potentially change their view on something,” Schmidt said.

Organizers said at least 700 immigrants will attend this weekend’s shows.

They hope the concerts can be a transformative experience for both the performers and the audience.

“It moves me to feel compassion and it inspires me to want to step into action,” Stover said.

Tickets are still available online or at the door.

For more information on the Together in Hope Project, click here.