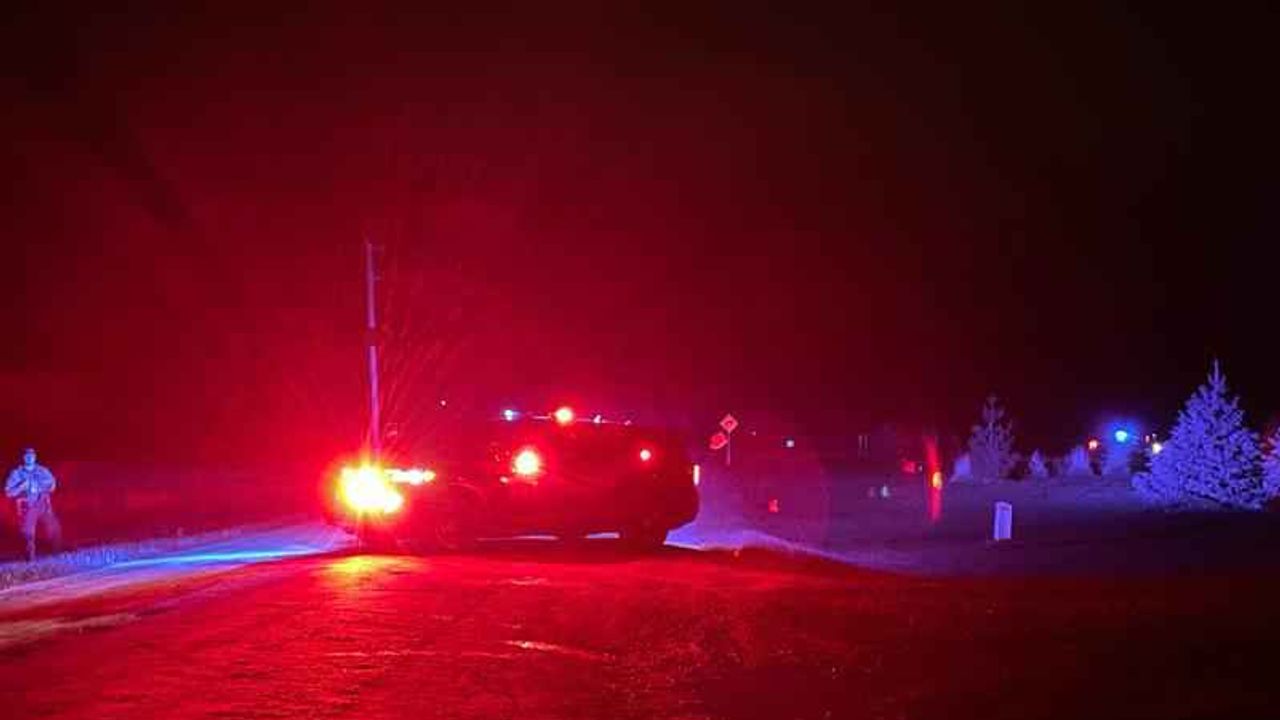 Police at the scene of a shooting in Olmsted County. Credit: KAAL/Spencer Furman

Authorities say one man is dead after being shot late Sunday night in Olmsted County.

According to the Olmsted County Sheriff’s Office, deputies were called to the 5000 block of County Rd. 105 in Kalmar Township at about 10:44 p.m.

Authorities say deputies were told by dispatch the man had gone out to investigate a suspicious vehicle which had arrived on his property. That’s when the man was shot at least one time in the upper body area, according to the Sheriff’s Office, and the suspect ran from the scene.

The man who was shot was given aid, but died at the scene, according to Olmsted County authorities.

A perimeter was set up, and multiple agencies arrived to search the area.

Authorities say a gun was found in an unoccupied building near the scene, and a suspect was eventually found and arrested without incident.

Police say the public isn’t believed to be in any danger.

The names of the victim and the suspect haven’t been provided as of this time.