A veteran from Oakdale is crediting his dog for helping save his life after his home was destroyed by a fire.

Joel Harvieux says his dog Tugg woke him up after the fire broke out at his home Sunday evening.

"The smoke was so thick you could hardly breathe," Harvieux said. "He led the way. He was barking leading the way so he knew something was going on."

The house is a total loss and the cause of the fire is under investigation.

Oakdale firefighters brought down an American flag in front of Harvieux’s home. Harvieux is a 32-year military veteran. 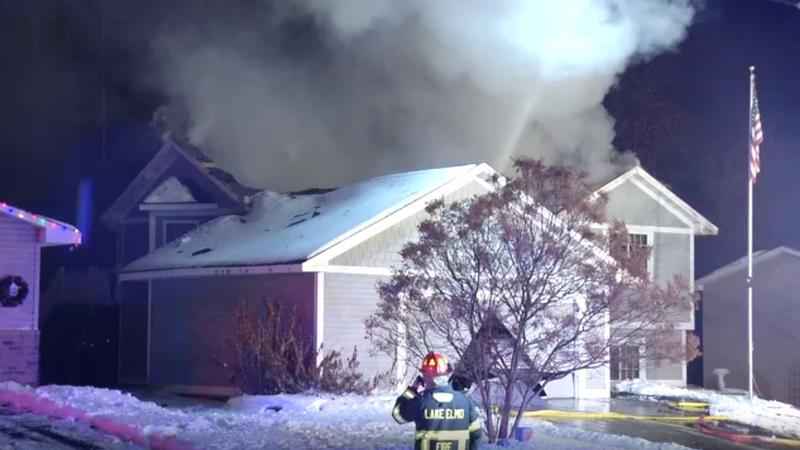 "He’s a veteran of many many years," Oakdale Fire Chief Kevin Wold said. "What he’s given to this country. We thought as bad as a day it is for him right now we thought we owed that to him just to give him a little bit of peace bring that flag down and present it to him for everything he served for."

A GoFundMe has been set up for Harvieux.