In the early days of the COVID-19 pandemic, nursing homes and assisted living centers accounted for about 80% of COVID-19 deaths in Minnesota. Nationally, the numbers were similar. Vaccines helped alleviate COVID cases and deaths, but now long-term care facilities face a new crisis: severe staffing shortages as nursing homes struggle to replace workers who leave.

Cullen’s organization represents just under half of the state’s nursing homes and assisted living centers. She says a survey of providers by the American Health Care Association and National Center for Assisted Living indicates the depth of the problem.

The survey also shows that more than 70% cite generous unemployment benefits as a hindrance to get people to come back to the workforce. Extra federal benefits expired earlier this month but the hiring problem continues. 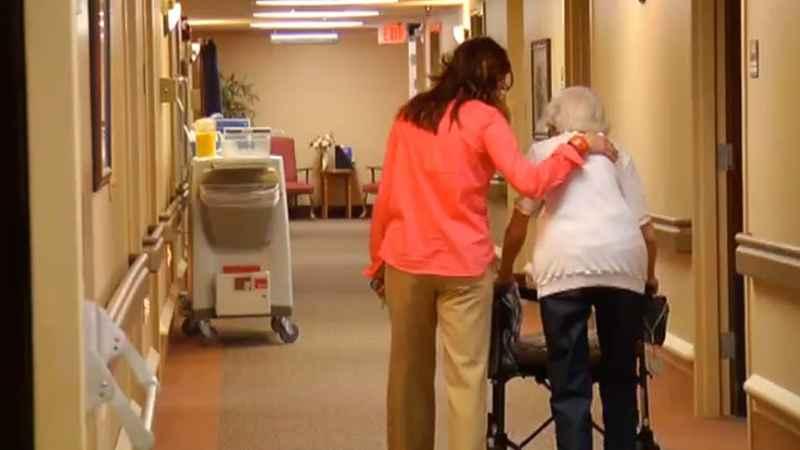 "We need to offer a living wage so that something like an unemployment benefit isn’t so attractive that it takes them out of the marketplace," Cullen said.

Long-term care facilities rely largely on government reimbursements, and the government will likely have to be part of the solution. In the short-term, Rep. Anne Neu Brindley, R-North Branch, who serves on the Frontline Worker Pay Working Group, says long-term care workers should be among the top priority workers to get pandemic bonuses.

"Which won’t help with hiring but hopefully it will help with retention," Brindley said. "Hopefully, it will give those folks some acknowledgment for what they’ve been doing."

Something needs to be done because many long-term care facilities are limited admissions and some even considering closing. According to the survey, 58% of nursing homes are limiting new admissions and 30% of assisted living centers. Cullen says those are national numbers and she believes Minnesota’s numbers are even higher.

"We get calls in my office from people who’ve said, ‘I’ve just called 27 places. Help me!’"