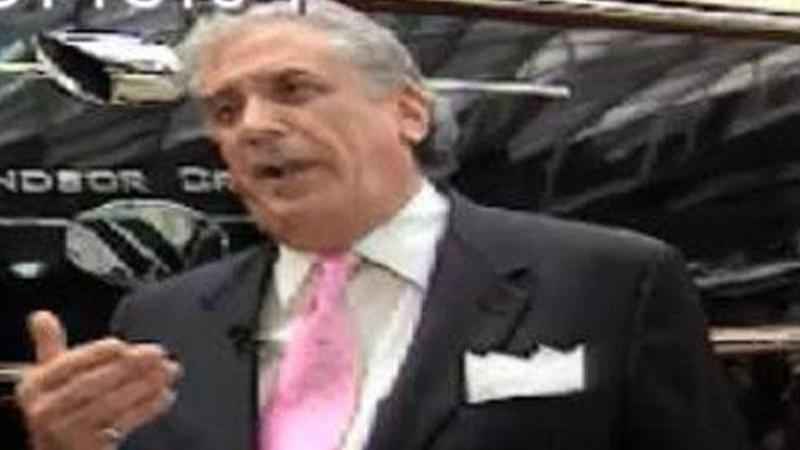 A home health nurse who discovered the bodies of a prominent Minnesota businessman and his wife in a murder-suicide case is suing their estate and seeking damages for emotional trauma.

Lisa Ann Hayes walked in on a grisly scene in April 2019 at the Lake Minnetonka mansion of Irwin and Alexandra Jacobs. Irwin Jacobs had fatally shot his wife and then himself amid health and financial troubles, according to investigators.

Irwin once held a stake in the Minnesota Vikings and was a nationally known investor who made a fortune as a corporate raider in the 1980s and 1990s.

Hayes is seeking unspecified damages in her lawsuit, claiming Irwin Jacobs’ actions were injurious to her health and "constituted willful, wanton and malicious conduct."

Jacobs family lawyer Steven Sitek called the lawsuit "a grotesque betrayal" by a once trusted caregiver who was treated like family. Sitek plans to seek dismissal of the lawsuit.

"This is simply the latest baseless effort to extort the Jacobs family and Irwin’s estate," Sitek said in a statement. "Ms. Hayes threatened to publicly file her lawsuit filled with unnecessarily lurid and sensationalized details unless the estate paid her $12.5 million."

"We believe that if the case gets to a jury before being dismissed, the jury, like the Jacobs family, will view the lawsuit as nothing more than a grotesque betrayal of Irwin and Alexandra’s memories by a once trusted caregiver who was treated like family for years."

Hayes’ attorney, Brian Stofferahn, said Hayes has been diagnosed with post-traumatic stress disorder by two doctors and has been unable to work since the incident.

Stofferahn declined to comment on whether Hayes had asked for $12.5 million, but said there has been a demand against the insurance company.

"And hopefully at some point [the company] will make a good-faith offer. And they have not to date," he said.

This isn’t the first lawsuit filed in relation to the Jacobs family. Jacobs’ son and daughter, Mark and Sheila, had a lawsuit filed against them in August 2019 by Barb Gentry.

Gentry worked for Irwin and Alex for the previous 20 years in various roles, including a caretaker role for Sheila, who is disabled. Gentry claims in that lawsuit that Mark immediately terminated her employment following the couple’s deaths and allegedly threatened to "take away her home and have her prosecuted for alleged theft and other fabricated charges." That lawsuit is still unsettled as of Wednesday.