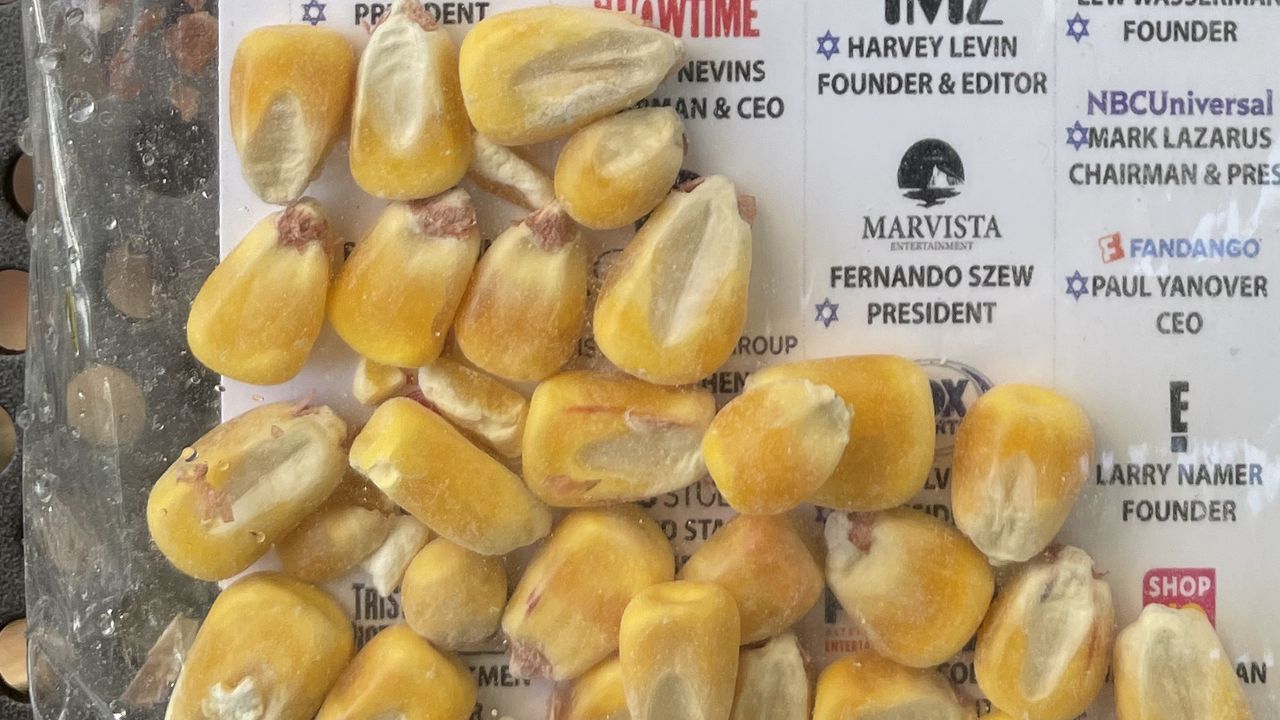 A viewer sent 5 EYEWITNESS NEWS this photo of a package distributed in late July in St. Louis Park. The image is cropped to remove any messages targeting the Jewish community.

Notes with white supremacist overtones targeting Jewish and Islamic communities have been distributed throughout the Twin Cities and its suburbs this summer in a string of incidents involving bags of grain.

The most recent incident occurred overnight from July 24-25 in St. Louis Park, according to city officials and the Jewish Community Relations Council of Minnesota and the Dakotas (JCRC).

“We hesitate to offer any public attention to these hateful provocateurs, which is what they seek. However, we wish to assure the community that there is no evidence of these fliers being associated with imminent violence and that we will continue tracking these distributions and are in close communication with our law enforcement partners,” JCRC officials said.

Even the city’s mayor received one of the packages, which were weighed down with kernels of dry corn.

“This morning I, and those in my neighborhood, awoke to antisemitic flyers left at our homes which served as a disgusting and sad reminder that religious-based hate remains a pervasive problem,” said St. Louis Park Mayor Jake Spano.

The city says St. Louis Park police are investigating the incident. A St. Louis Park resident sent 5 EYEWITNESS NEWS a photo of the fliers, which had the headline, “Every single aspect of the media is Jewish.”

The response issued by JCRC members on Monday listed many cities where fliers have been distributed this summer.

Although JCRC says these events and prior instances of propaganda have been documented and attributed to a nationally-spread extremist group, local law enforcement officials have not said if they believe the summer 2022 incidents are connected.

In late June, flyers stuffed in bags with rice were distributed near the Newman School-Talmud Torah of St. Paul, an administration representative told 5 EYEWITNESS NEWS.

The representative said a neighbor of the school collected six bags and turned them in to the school, who reported the incident to the JCRC. The flyers made claims about taxpayer money, gun control measures and politicians; with the headline reading “Every single aspect of gun control is Jewish.”

St. Paul police say they are actively investigating the incident, which was reported to them on June 27.

The Minnesota chapter of the Council on American-Islamic Relations (CAIR) commented on two incidents in early July that were reported in Cottage Grove and Lino Lakes.

On July 3, CAIR “condemned distribution of racist white supremacist materials to homes” in a statement that included pictures of fliers in bags that were distributed to Cottage Grove homes.

The organization was joined by Sen. Roger Chamberlain (R-Lino Lakes) in condemning a nearly identical campaign discovered in Lino Lakes one week after the Cottage Grove incident.

“These cowardly actions are an attempt to sow seeds of hate and division in our community. It will have the opposite effect – those seeds will not take root; it will unite us against this evil. Make no mistake, I have zero tolerance for this behavior. It should be investigated and prosecuted to the fullest extent of the law possible as a criminal act,” Chamberlain said.

Anyone with information regarding these incidents should contact their local law enforcement agency.