A Roseville nonprofit is working to address child hunger.

Every Meal is seeing demand rise across the state, and their focus is to provide kids with food when they’re out of the classroom.

“It’s really hard to have a great milestone of 10 million meals but also at the same time having to say no to kids that need our food support,” said Rob Williams, Every Meal founder and president.

The organization delivers boxes of food to more than 430 schools across the state of Minnesota. The kids in need then take a bag home with them for the weekend. 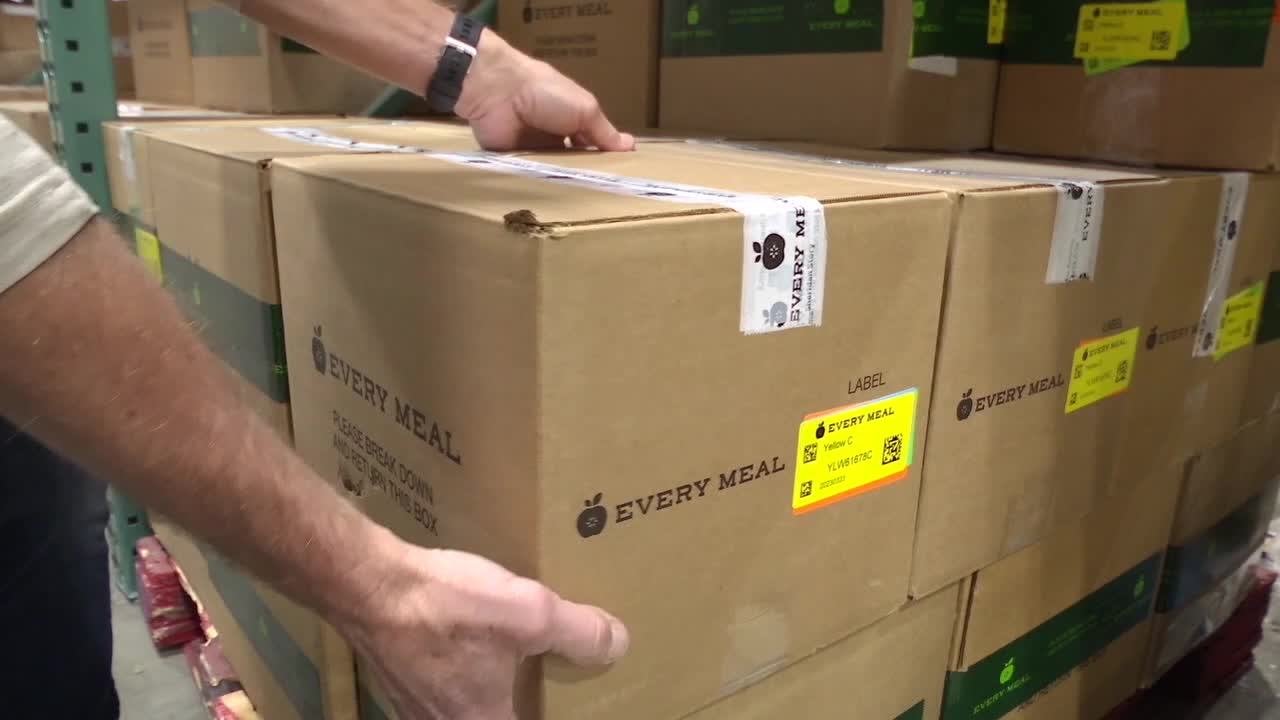 A volunteer with Every Meal loads boxes of food Thursday, Jan. 12, 2023, at the nonprofit's warehouse in Roseville. (KSTP)

“We had a kid that was receiving our bag of food for the first time for the weekend and saw the food in there and started crying because they knew they were going to have food support for that weekend,” Williams said.

Williams says Every Meal has more than 70 schools on a waitlist.

“We haven’t had a waitlist for the past two or three years, and this is the biggest wait list we’ve ever had,” Williams said.

“To think we’re one of the schools that got on there, it’s a big deal because we do need it,” said Jordan Pater, a counselor at Adrian Elementary School in southwest Minnesota.

Pater says they have a few dozen kids that receive these meals.

“You can just tell after talking with some parents this is really helpful, makes their weekend a little easier,” Pater said.

Williams blames inflation and the high cost of food as factors that contribute to more than 300,000 Minnesota kids facing food insecurity. He says they’re doing all they can to help despite a 35% increase in demand and a 26% increase in the cost of their food.

“I believe in feeding kids,” said Doug Van Vreede, a volunteer with Every Meal.

Van Vreede has volunteered at Every Meal since 2018.

“I see the list of schools that need the food and it’s just incredible that they’re close to my house, close to everybody’s house,” Van Vreede said.

The impact of Every Meal’s work is clear to see, and Every Meal is hopeful that with community support they can keep filling more backpacks.

“It’s a pride thing where families don’t want to say they need something, but they do actually appreciate the help, and it does make their lives a little bit easier,” Pater said.

You can support Every Meal’s mission by visiting the organization’s website.