Minnesota Legislative Auditor Jim Nobles has been in his post so long not many people can remember who preceded him. Few people will forget the service he’s performed for the State of Minnesota since 1983.

"What has guided me is to use this office that was created by the legislature to be independent and to be a fierce voice for accountability," Nobles told 5 EYEWITNESS NEWS in an interview recorded for "At Issue with Tom Hauser" to air Sunday morning at 10 a.m.

He’s audited everything from MNsure to MNLARS and the Child Care Assistance Program to the misuse of luxury suites by public officials at U.S. Bank Stadium. He’s done it all with one thing in mind.

"My mission has been to take on those controversies that arise that concern legislators, but also concern the public," he said. "When they hear that large amounts of money are being spent and the results aren’t there they want somebody to look into in a factual, objective, non-partisan way."

Nobles has been a fixture at the Minnesota State Capitol since 1972, when he first began working in the legislature. He even worked on the legislation that created the office he would hold 10 years after it was created. 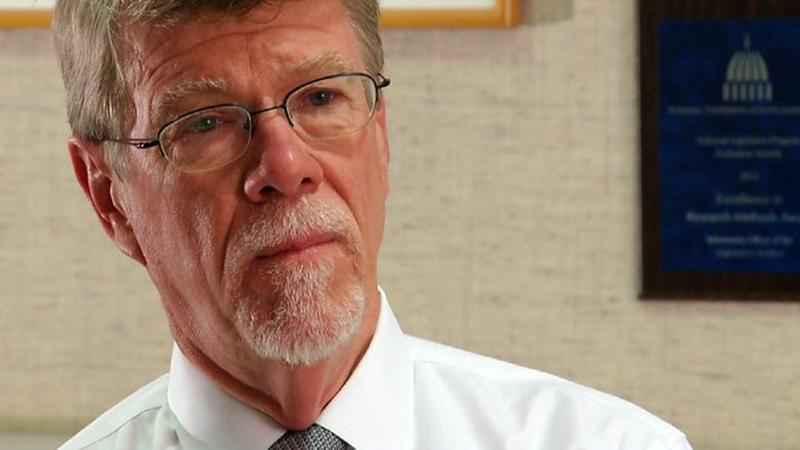 Former state senator and current "At Issue" political analyst Ember Reichgott Junge worked with Nobles when she was in the Senate.

"He led a team that was known by people far and wide as one of integrity and independence," she said. "He spoke truth to power."

Nobles predicts that the future legislative auditor will likely be busy figuring how billions of dollars in pandemic money was spent.

"I think many people are going to want that office after I’m gone to also take a look at what was accomplished (with money spent on the pandemic)," Nobles said. "Not just who got the money and how did they spend it? But what did we accomplish?"

Nobles, of course, won’t be there to follow through on that. He plans to give most of his suits, ties and white shirts to Goodwill while he heads out to do some gardening. He retires on Tuesday.