Firefighters say no one was injured during an overnight fire in Blaine.

Police told firefighters before they arrived that everyone was out of the home.

Crews say the fire broke out in the garage, and then spread to the home. The garage was destroyed, and the home was damaged.

Fire officials were eventually able to knock down the fire while they also battled cold temperatures. 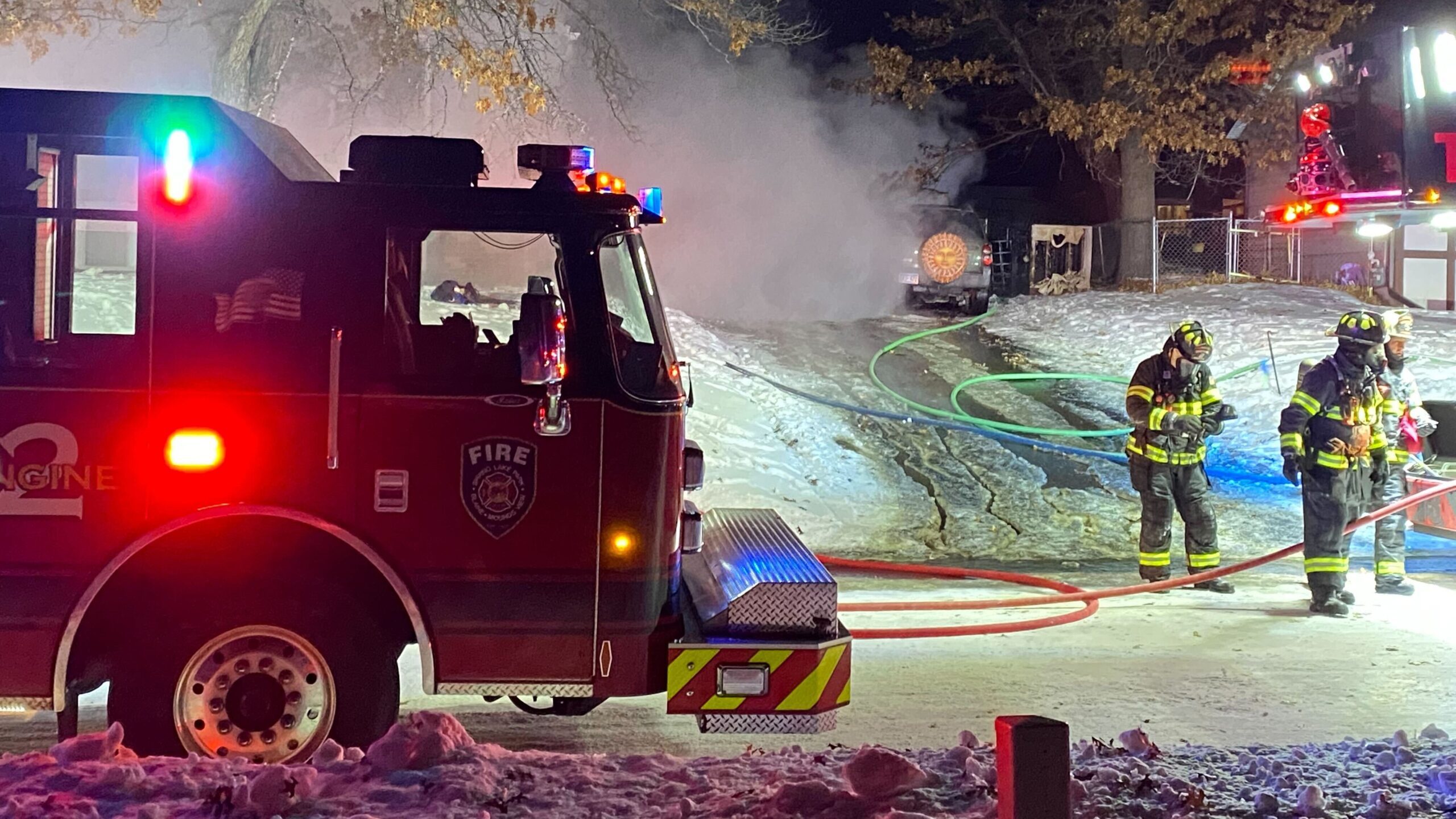 Firefighters at the scene of an overnight house fire in Blaine, MN on February 17, 2022.

A damage estimate was not immediately available.