You could call Virginia Louden a super-foodie.

"I have always loved cooking and baking,” she said. “It’s just something I’ve done since I was a kid. It’s just kind of a way I express love for people.”

Her 8-year-old son, Zane, is her trusted culinary wingman.

Louden — an Anoka stay-at-home mom of five — isn’t just cooking for her family. 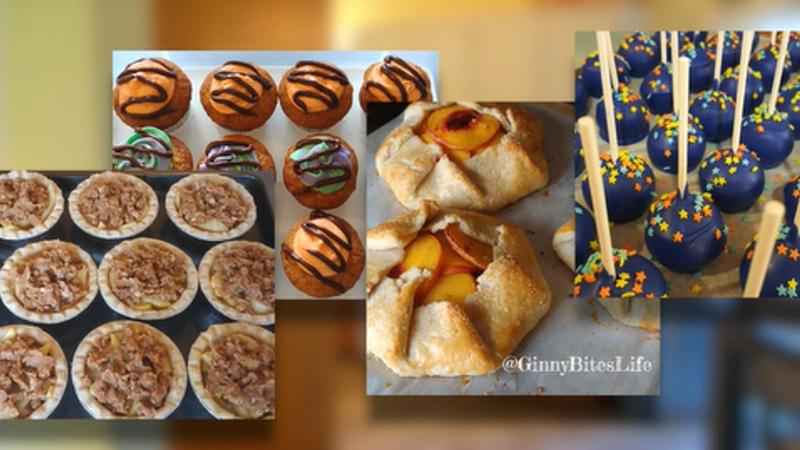 "It was more like a hobby income,” she said. “You could sell up to $18,000 and you have to take all your expenses on top of that, so, as for providing for the family, it wasn’t very much."

After registering with the state and passing a food safety course, Louden is allowed to sell certain items out of her home, including some baked goods, jams, jellies, and canned veggies and fruits — foods with a shelf life.

In August, cottage food producers got a big boost from the state.

The Minnesota Department of Agriculture rules now allow an annual gross salary cap of $78,000, versus an $18,000 cap approved in 2015 for the producers.

Shelley Erickson, the president of the Minnesota Registered Cottage Food Producers Association, says the new cap is a big deal for thousands of entrepreneurs.

“It allows people to make a living wage now, which is very important for people who need to stay home,” she said. “There’s people who love to bake but they can’t afford to have a brick and mortar shop… and in this way, they can still do their dream and do it from home.”

The agriculture department says this cottage industry has grown rapidly since regulations started in 2015.

The agency says during that first year, there were only 464 registered cottage producers in Minnesota. By 2019, there were 3,969. Since the start of the pandemic, that number has jumped to 5,804.

"Here in Minnesota, when the grocery stores ran out of bread and other really important staples, the people in the smaller communities, they turn to their cottage food producers and they would be able to make them bread and things they wouldn’t have had otherwise,” Erickson said.

Louden says she limited her sales during the pandemic.

“I decided to take very few orders during quarantine, and that was a personal choice I made to keep my children safe,” she said. “I figured the more I was out grocery shopping and the more people I had coming and going to my front door increased our exposure as a family."

Louden says, with farmers markets and other venues opening up, she’s more easily able to display and sell her products.

She says, right now, she’s making about $4,000 a year in sales and selling hundreds of items.

“But now the law is changed and I’m able to get back out there again — it’s really growing,” Louden said.

But she’s not stopping there.

Since 2014, Louden — with the help of friends — has operated a nonprofit she calls Food With Love, making meals for area families in need.

“We make a huge [batch], like seven dinners, a breakfast, a side and a dessert,” she said. “We’re up to three to four families right now, families in medical crisis.”

For her part, Louden says these challenging times have set the table for people wanting something homemade.

"Really in the last year and a half to two years, so many things have come into perspective on what’s important and what’s not, and what do the little things mean to you,” Louden said. “I’ve been able to start digging into what I like to do. What does Ginny want to do? Wanna bake!”