The art and the photo opportunities draw people to the Minneapolis Sculpture Garden. As one of the most well-known landmarks in Minneapolis, it attracts travelers from across the country.

“We came for the State Fair and now we’re just sight-seeing,” said Peter Hay, while visiting the site.

He was raised in Minnesota but now lives in Santa Barbara. Hay brought California-native Nancy Saltamachio with him to the Twin Cities.

“It seems like a really exciting and happening area,” said Saltamachio. “I’ve kind of had a pleasant surprise.”

Minnesota’s tourism industry has seen growth this summer. A survey conducted in mid-August of 324 hospitality and tourism businesses statewide showed 81% reported they’re in a growing or stable but positive financial position.

The survey was conducted by Explore Minnesota, Hospitality Minnesota and the Federal Reserve Bank of Minneapolis. 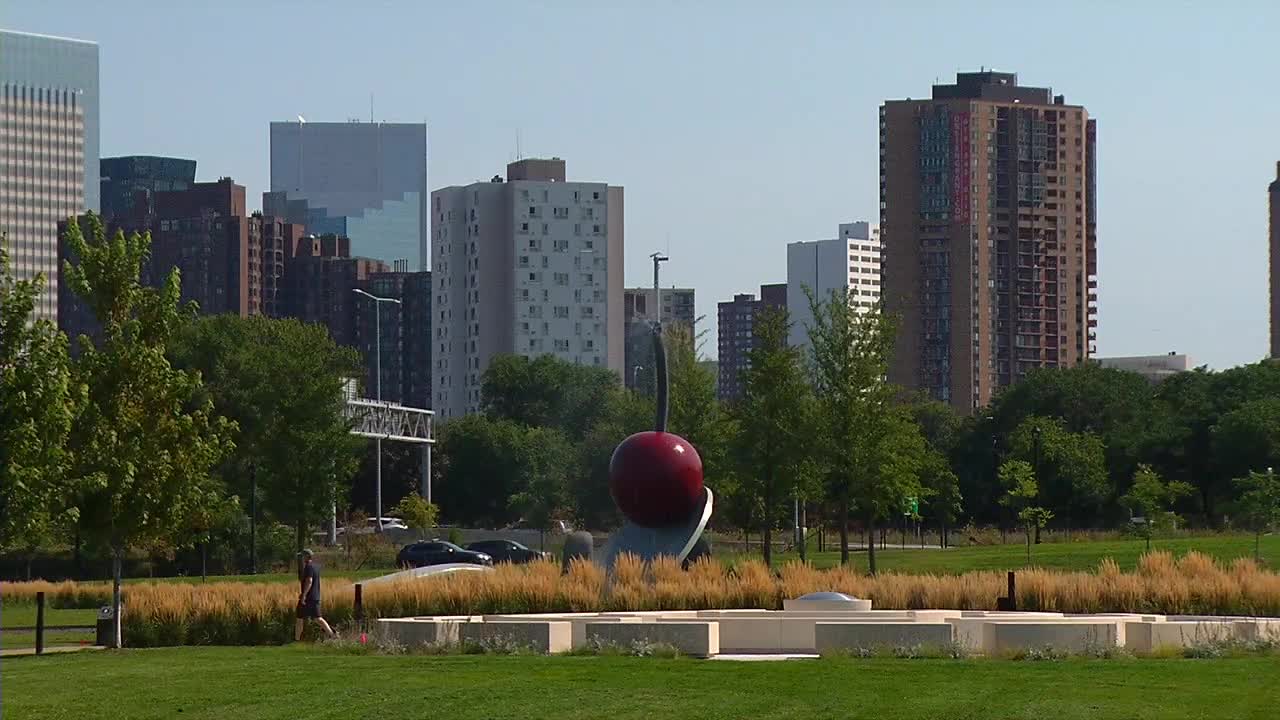 “We’re seeing, year over year, businesses are bouncing back a little better,” said Lauren Bennett McGinty, the executive director of Explore Minnesota. “There are definitely improvements.”

“The growth is really coming from the return of festivals and events this year,” said Bennett McGinty. “And just getting back out, being with friends and family and seeing some of the things that haven’t been around for the last two years.”

More than half of the businesses who responded to the survey in the Northeast region reported lower revenue this summer compared to the summer of 2021.

She added, “We know that those numbers are a little bit smaller and maybe not as robust as last year because they’ve already seen some of that growth come back, which is really exciting and I think it means that a lot of our other areas that didn’t have that growth last year are now starting to reap some of those benefits.”

The Saint Paul Hotel has noticed an increase in overnight stays.

“We definitely have been seeing an uptick with travelers coming back now that concerts are happening at Xcel Center,” said Gerry Goldfarb, the Saint Paul Hotel general manager. “Obviously the State Fair brought a lot of people in town too who hadn’t been to the State Fair for a while so it’s overall exciting.”

He told 5 EYEWITNESS NEWS that visitors seem to be traveling from within a 250 to 500 mile radius.

“More for the staycations, they’re on a budget and they want to drive up from Iowa or come down from Duluth,” said Goldfarb. “With Viking [River] Cruises downtown this last weekend, we’re starting to see more international travel and more farther out states traveling to Minnesota.”

Plus, Goldfarb explained, “Conventions are slowly starting to come back, we’re excited about that and next year is projected to look pretty good.”

“We’re on the right track,” said Bennett McGinty. “I think what we’re doing is we’re looking at this and figuring out how we can sustain this growth and continue to push people here and enjoy all of the great things we have to offer.”