New Orleans to shut down bars during Mardi Gras weekend 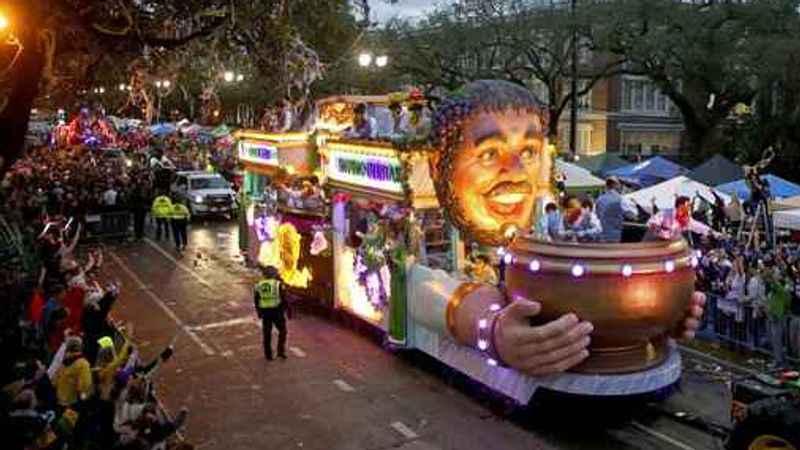 The Officer's Float rolls down Napoleon Avenue as the 1,600 men of Bacchus present their 32-float Mardi Gras parade entitled "Starring Louisiana" on the Uptown route in New Orleans on Sunday, March 3, 2019.[AP/ Michael DeMocker, The Times-Picayune]

New Orleans bars will be shut down, even for takeout service, throughout next week’s Mardi Gras weekend — usually among their busiest times of the year — in an attempt to slow the spread of coronavirus, Mayor LaToya Cantrell said Friday.

Many bars already were closed to indoor service. Cantrell’s Friday announcement means they won’t be able to sell drinks to go — a popular option year-round and especially during Mardi Gras. And, she said the city is expanding the closure order to include bars that have “conditional” food permits that allowed them to operate as restaurants during various pandemic shutdowns.

Cantrell and other city officials at Friday’s news conference said businesses that violate the rules face on-the-spot shutdowns and loss of licenses.

And they warned visitors to the city during what is one of the biggest tourism times of the year to adhere to safety precautions.

“If by chance you have an aversion to wearing a mask, stay where you’re at,” said City Council member Jay Banks, who said he knows 23 people who have died of COVID-19. “If your expectation is the Mardi Gras of the past, don’t waste your money.”

The city’s famous parades, which would ordinarily begin rolling this weekend, had already been cancelled.

Cantrell also announced restrictions on pedestrian and automobile traffic on Bourbon Street and other streets in the French Quarter that are usually bustling with shoulder-to-shoulder crowds during the Mardi Gras weekend. And she said fences will be erected along a street corridor outside the Quarter where crowds often gather on Fat Tuesday.