Hitting the shores of Louisiana as a Category 4 hurricane with wind gusts faster than 150 miles per hour, at least two deaths have been reported and more than a million people are still without power.

Red Cross Minnesota and Dakotas has 21 volunteers helping at shelters and making sure food is distributed where it’s needed.

“We are going to be working for days and months assessing the damage and helping those people who need it,” said Sue Thesenga, regional communications manager with the American Red Cross.

Hurricane Ida’s path was very similar to Hurricane Katrina’s — that major hurricane slammed New Orleans in 2005 and caused deadly flooding and around $100 billion in damage. 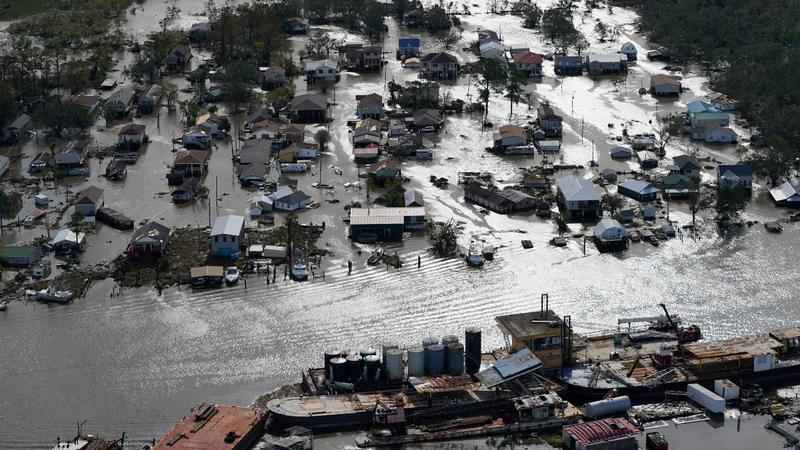 A flooded city is seen in the aftermath of Hurricane Ida, Monday, Aug. 30, 2021, in Lafitte, La.[David J. Phillip/Associated Press]

Many people evacuated the state then and made their way to Minnesota. State Rep. Sandra Feist, DFL-New Brighton, was one of them.

“What I associate most with my experience evacuating was just the generosity of strangers,” Feist said.

She lived in New Orleans for five years and still has friends there. Feist said some evacuated and all are safe, including Kathleen Gasparian and her family, who are staying with friends in Arkansas.

Gasparian’s family, which includes a dog and two cats, left home at 2 a.m. on Saturday, before Ida made landfall.

“Having gone through Katrina and going through a sense of thinking that you’re losing your whole community that fear and that feeling kind of comes back,” Gasparian said.

“I’ve definitely had some weepy moments. I will probably have some more,” she added.

She and her husband also evacuated before Hurricane Katrina. She says support from friends, family, and volunteers on the ground — including those with the Red Cross — made a significant difference with their recovery.