A new, major Metro Transit center is set to open in Minneapolis on Monday.

It’s part of the Minnesota Department of Transportation’s broader Interstate 35W at 94 Downtown to Crosstown Project that wrapped up last month.

The new station is at Lake Street, right below I-35W. Officials say this is a big upgrade.

"Unfortunately there were a set of stairs and a lonely bus shelter on the side of the road, really unprotected from the elements and not accessible for all our riders," said Charles Carlson, Metro Transit Director of Bus Rapid Transit Projects.

Carlson adds that you’ll see things like elevators, a heated area to wait for your bus and more security cameras. 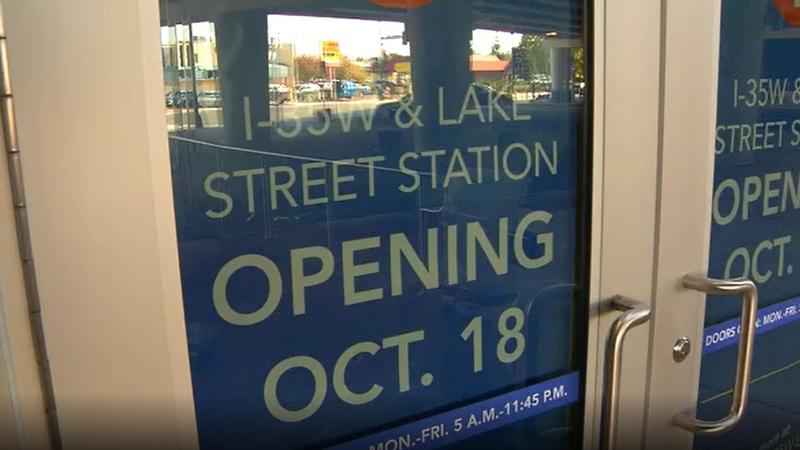 Plus the all new Orange Line, which debuts in December, will provide frequent stops between Burnsville and downtown Minneapolis.

"It’s a new all-day option that hasn’t existed before going both directions, so it’s about more than a commute trip, it’s about living your life around transit and having frequent service you can rely on," Carlson said.

Along with Metro Transit, riders can also take Southwest Transit and Minnesota Valley Transit Authority routes from this station.

"We’re seeing transit become more and more important as the region grows and as folks are looking for alternatives to sitting in traffic. It’s a big part of a lifestyle that doesn’t depend on driving everywhere," Carlson said.