With its newly opened facility in Woodbury, Amazon can now deliver packages more efficiently in the east metro. The location is also the company’s most accommodating to date for its employees from Minnesota’s Somali community.

The brand new “sortation center” sits on Hudson Road, just off of Interstate 94, in the mix of a boom of construction in Woodbury. It’s 550,000 square feet, and with a large blue Amazon smile logo on the front, it’s hard to miss.

And while there are other similar characteristics to other metro warehouses, the Woodbury location has a few things that set itself apart.

As a first for Amazon in Minnesota, the original design of the new warehouse included several multi-faith rooms — also called prayer rooms — accompanied by hand- and feet-washing stations. About 300 people work at the new warehouse, and most are part of Minnesota’s Somali community. 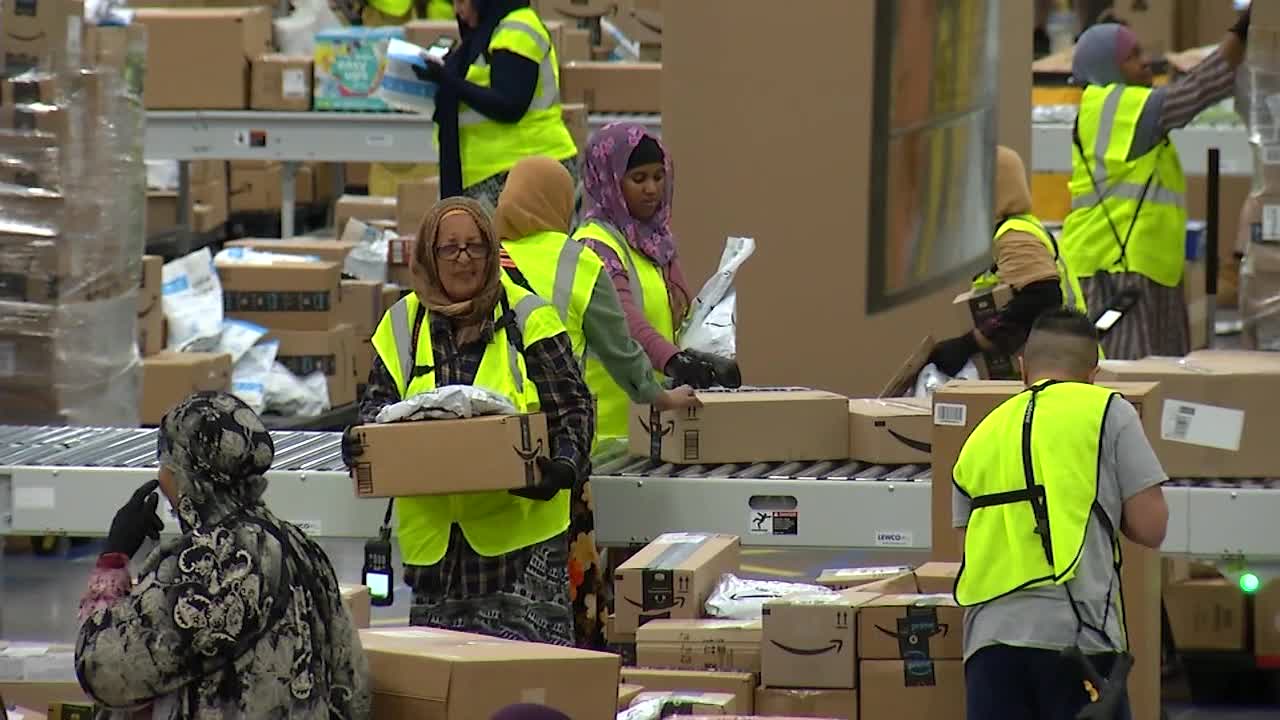 The new accommodations follow years of frustrations from the very community they’re benefiting. Several demonstrations and protests have occurred at Amazon’s fulfillment center in Shakopee. Some employee demands included higher pay, safer work environments, and time off for the Islamic holiday Eid.

Advocates have been by employees’ sides over the years, including Minnesota’s Council on American-Islamic Relations (CAIR-MN).

“Amazon, when they initially came to Minnesota, they hired a lot of Muslims and they seemed to not really understand how to accommodate their diverse workforce,” Jaylani Hussein, executive director for CAIR-MN, said.

Hussein said he’s encouraged to learn about the accommodations and hopeful for the future.

“I think Amazon, since I would say in the past four or five years, has done a really great job of beginning to recognize the value that they say about their employees, but placing that also in creating inclusive spaces,” Hussein said.

When asked if the company addressed any of the concerns from the last round of demonstrations in Shakopee, a spokesperson referred 5 EYEWITNESS NEWS to the statement they supplied in May:

“Our employees are the heart of Amazon and we provide several ways for employees to raise concerns or provide feedback directly to us if they see room for improvement.”

Amazon recently increased pay nationwide for its “front-line workers”: Their average pay now is about $19 an hour. Also this year, the company started a program called “Welcome Door” that helps refugee and immigrant employees gain citizenship, among other things.

As for the new warehouse in Woodbury, Amazon said it expects to hire more for the holiday season and once construction is done on certain parts of the building.