MSP prepares for disruptions during travel surge before Christmas

Flights ran smoothly at the Minneapolis-Saint Paul International Airport on Tuesday ahead of an unpredictable holiday.

Snow forecasted for Wednesday is expected to give way to strong winds and blowing snow on Thursday, which could affect travel at MSP through Saturday.

“We’ve been really fortunate with the timing and haven’t had to make too many adjustments,” said Neil Howk, who drove more than four hours from Bayfield, Wisc. to make his flight. “We think we kind of hit the magic spot.”

Howk has long-standing plans to meeting relatives in Texas for the Christmas holiday.

“They’re also dealing with the storm coming across the country,” he said. “Our daughter is out west and she’s going to just get ahead of it so we’re more concerned for her than ourselves.”

Winter weather is expected to hit hubs across the country, from Chicago and Detroit to the East Coast. 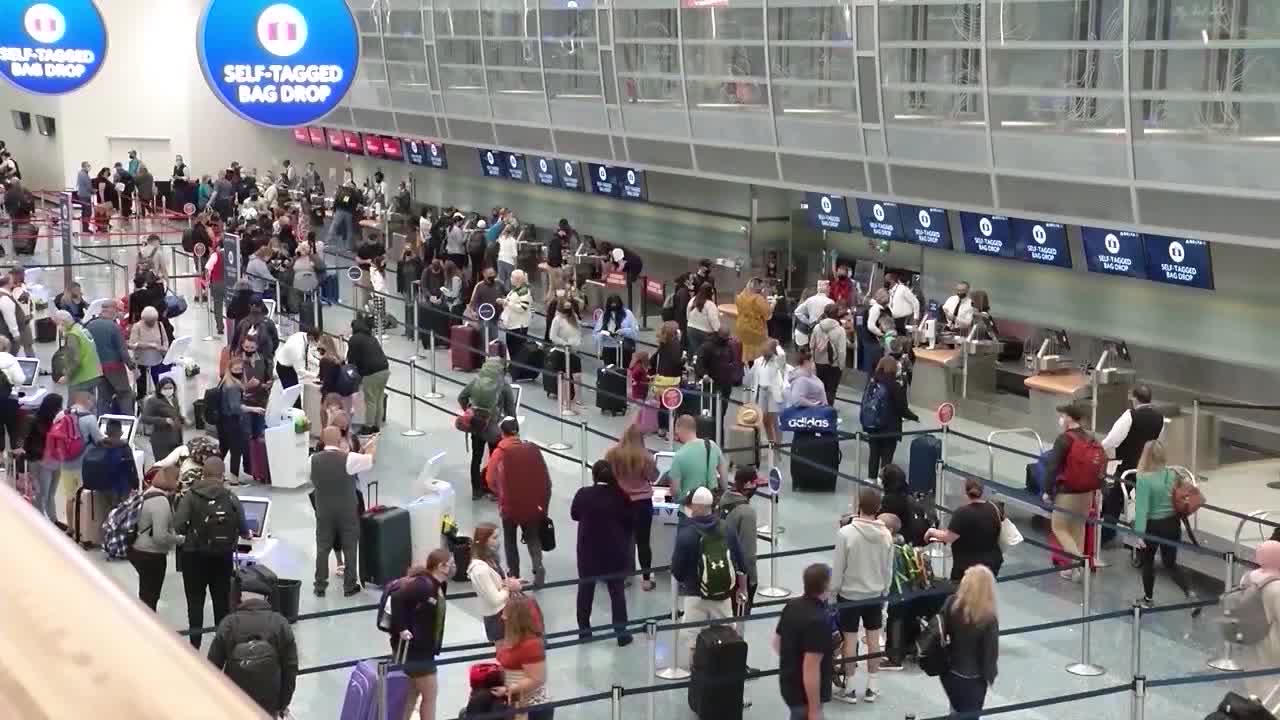 Crowds at MSP the Wednesday evening before Christmas (KSTP).

“For travelers, I think the thing to keep in mind is to pay attention to your notifications from your airlines,” said Jeff Lea, an MSP spokesperson. “It may be a day-to-day situation with the airlines and adjusting to whatever weather that is happening that particular day. There are weather events that are known to ripple across two to three days before they can get back on track, the airlines may do pre-emptive cancellations.”

The weather could change the travel volume throughout the next several days.

“If you feel like there’s an opportunity to say leave [Tuesday] or early [Wednesday] rather than certainly late Wednesday or anytime Thursday, by the looks of it you should probably do it,” said Kyle Potter, the executive editor of Minnesota-based travel website Thrifty Traveler.

Potter recommends making flight changes sooner rather than later because flights will fill up.

“This could be the difference between making it somewhere for the holidays and not making it anywhere at all,” he said. “It’s going to test the entire airline industry.”

Destiny and Ryan Holt are heading to Africa for a two week honeymoon in Tanzania. The unpredictable weather caused some concerns leading up to their flights on Tuesday.

“We have a pretty intense itinerary and I think we’re both excited,” said Ryan Holt, who expressed relief their flights were on-time. “I knew it was going to be snowy and a little icy but I think tomorrow is the big stuff. We’re excited to escape.”