The motion to add boys volleyball as a sanctioned Minnesota State High School League (MSHSL) sport did not pass Tuesday.

The final vote was 31-17 by the assembly. According to officials, 32 votes were needed in order for the motion to pass.

During public comment, school coaches and leaders brought up concerns over season of play, as well as financial and time commitments needed.

Others mentioned it seemed like the obvious decision for boys volleyball to be a sanctioned sport, to create another way for students to become involved in school activity.

The Minnesota Boys High School Volleyball Association issued the following statement in response to the vote:

It is a sad day for high school athletics in Minnesota. The Minnesota State High School League (MSHSL) has done a disservice to Minnesota students and families by failing to sanction boys high school volleyball, despite the overwhelming demand for the sport. Minnesota is missing out on an incredible opportunity with most boys volleyball student athletes not participating in any other sanctioned sport, and more than half identifying as students of color. While other states move ahead and make the right decision to sanction this sport, Minnesota will remain static and eventually, be left behind.

The Minnesota Boys High School Volleyball Association does not yet know what this outcome means for our volunteer-run organization – but we want to thank the school and administrative leadership who signed the proposal, spoke on behalf of their districts, and have supported us from the very beginning. Thank you to the tireless work and advocacy of coaches and officials who keep our competitions running, and most importantly, the passion and dedication of our parents and students. 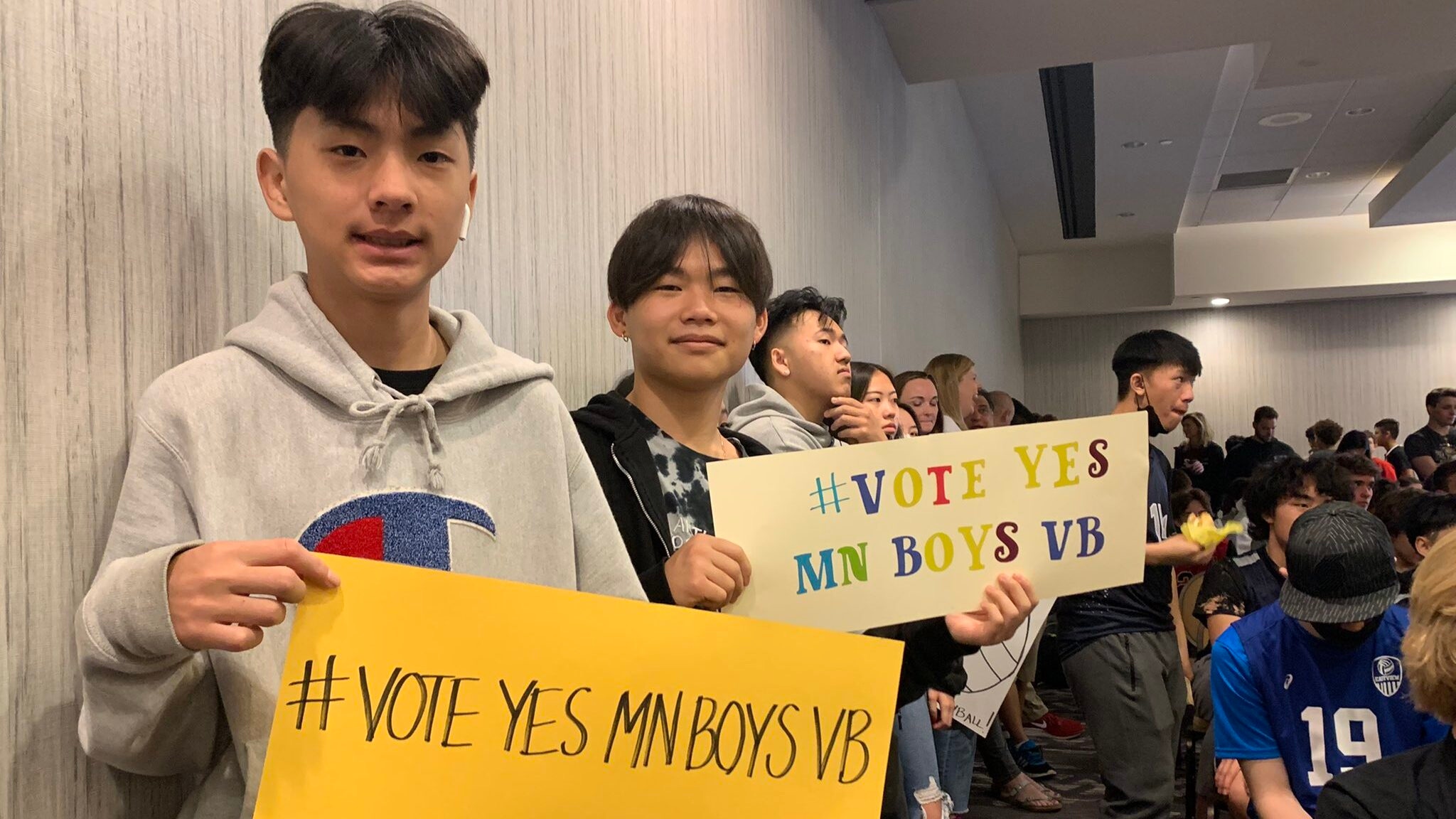 The push to make boys volleyball an official high school sport in Minnesota could take a major step Tuesday.

A vote is planned for Tuesday morning by the Minnesota State High School League (MSHSL) that, if passed, would have it become a sanctioned sport.

The Minnesota Boys High School Volleyball Association started back in 2018 with about 400 athletes.

Now, there are about 1,400 players in more than 50 schools across the state.

5 EYEWITNESS NEWS spoke to Shue Vang, who created his own club at Patrick Henry High School in Minneapolis, and is going on to play in college in Wisconsin.

He also plays for a Junior Olympic team, and says sanctioning the sport would give other boys a path to keep playing.

“I think it’s important, because having those kids, having their passion, their goals and their dreams. And like I said, a lot of things are changing in the 21st century. Many other youngsters are going to the Olympics and doing all this other stuff, and my goal is to play in the pros too,” said Vang.

The executive director of the high school league says two previous votes to sanction the sport failed because of low participation numbers.

Even though more boys are playing now, schools do have some other concerns.

“There’s also a resources issues on a number of levels. Whether it be around facilities, number of students in a school in order to fill the number of teams that exist. Is it going to be something that fits into every school’s budget and the number of students, probably not,” said Erich Martens, the Executive Director of the MSHSL.

If passed, schools will have the choice to participate – they wouldn’t be required to offer it.

However, schools that do add it would need to balance their programs by adding a girls sport, or taking away a different boys sport, so that they offer the same number of sports to each gender.

A rally for supporters is scheduled to happen at 7 a.m. Tuesday, before voting gets underway at 9 a.m. at the Minnesota Select Volleyball Center in Maple Grove.