KSTP has learned new information about the officers involved in the shooting last week that killed 23-year-old Dolal Idd. It happened outside a Holiday gas station at East 36th Street and Cedar Avenue in south Minneapolis.

According to a search warrant application, officers attempted to buy a handgun from Idd, using a confidential informant. They believed Idd was illegally selling guns. Officers said Idd fired at them first when they tried to move in and arrest him.

Sgt. Klund has been an MPD officer for 33 years. 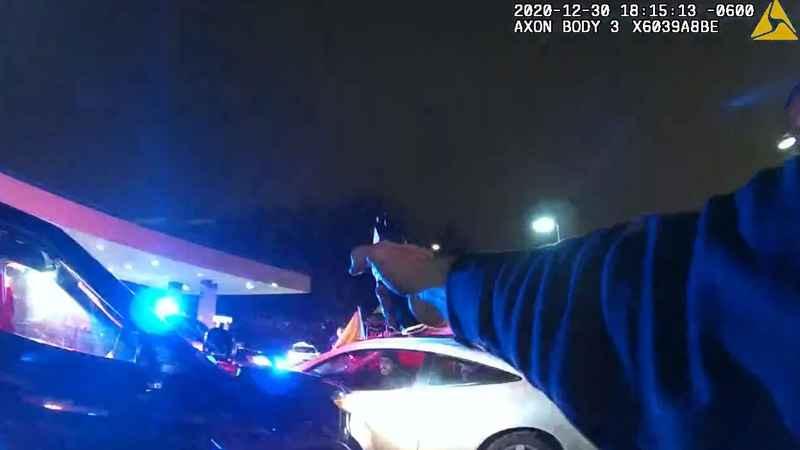 Body camera footage of a fatal police shooting on Dec. 31, 2020, in south Minneapolis.[City of Minneapolis]

According to the documents, early in his career, he received a letter of reprimand. An MPD Captain in 1994 wrote, “Normally, I feel what officers say or do off duty is their business; but when the department is brought in to the picture, by their words or actions, then we have to get involved. Officer Klund brought up the fact that he was a police officer and proceeded to berate and humiliate some officers of the River Falls Police Department. This is totally unacceptable behavior.”

He was promoted to sergeant a few months after the incident.

In 1996, Sgt. Klund was temporarily demoted for several months. When he was returned to the status of sergeant, Chief of Police Robert Olson wrote, "In this case, Sergeant Klund made a poor decision and an unacceptable example in judgment set by a with supervisor, However, Sergeant Darcy Klund went on to respond to his lapse singular dignity. He fully accepted his responsibility and acknowledged that he must experience consequences. Service in subsequent interactions with his peers and to the public he has demonstrated both maturity and distinguished character.”

One murder victim’s family wrote, “He treated us with a tremendous amount of respect, always being mindful of the loss that we were suffering. Det. Klund’s support and caring helped guide us through those first weeks of apprehending the perpetrator […] He was a person we could turn to in our time of need.”

Another victim’s family said in a letter, “Thank you for listening. Thank you eternally for being so tenacious on this case. You did such a great job."

Four complaints have been filed against Sgt. Klund, which were either investigated by MPD’s Internal Affairs Unit (IAU), or by both IAU and the Minneapolis Civil Rights Department through the Office of Police Conduct Review (OPCR).

His record shows another three complaints that were investigated by the Civilian Review Authority, which existed until 2021 and was the predecessor to OPCR.

All seven complaints were closed without discipline.

Officer Jason Schmitt has eight complaints listed against him, which were investigated by internal affairs or OPCR. In addition, 15 complaints were reviewed by the Civilian Review Authority. None of the 23 complaints resulted in discipline.

Officer Schmitt’s personnel file does not include any documentation of other discipline. He was, however, recommended for many awards, including a medal of valor and lifesaving award. The file details how he helped save a suicidal woman in one case and a gunshot victim in another.

Officer Paul Huynh is the newest to the force, he was offered the job in 2014. Officer Huynh has also been nominated for several awards, including an award for his investigative work two months ago. A total of eight complaints have been filed against him, which were investigated by either internal affairs or OPCR as well. None of the complaints resulted in discipline.