From the outside, it looks like just a shipping container, parked near a wooded area at Tablyn Park in Lake Elmo.

But inside — a labyrinth of pipes and large containers.

It’s all part of a new foam-making process, designed to remove and destroy harmful chemicals from contaminated water.

Rebecca Higgins, a senior hydrogeologist with the Minnesota Pollution Control Agency, says the end goal of the project is to get drinkable water.

“To have safe and sustainable drinking water resources for current and future generations,” she explains. 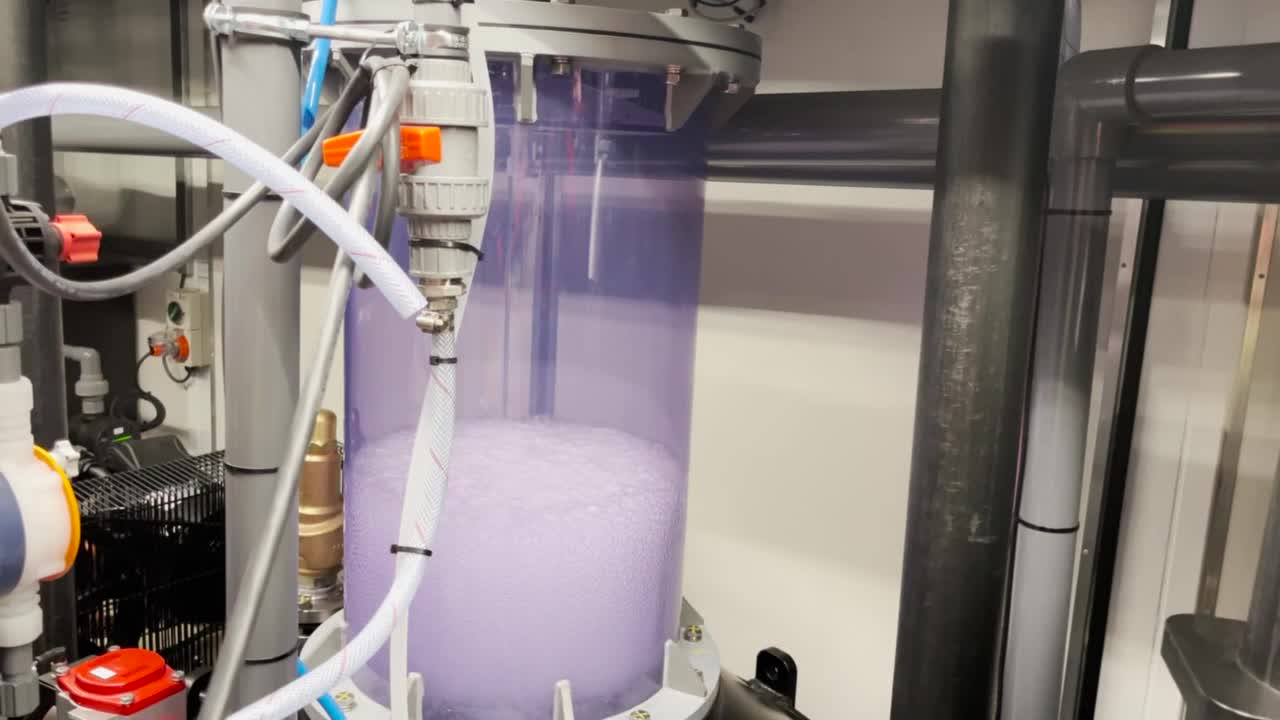 Higgins is part of an MPCA team stationed at the park.

The area is considered ground zero for contamination from synthetic chemicals called ‘per- and polyfluoroalkyl substances’ — or PFAS, for short.

“These are chemicals you do not want to be ingesting,” notes Jeff Holtz, a Lake Elmo City Council member. “Yet in terms of our aquifer, they are present at levels that are unacceptable.”

Holtz is also a member of the public workgroup for the 3M settlement.

The group monitors at least part of the $850 million settlement — reached after the attorney general sued the company, saying PFAS chemicals had damaged drinking water and natural resources in the metro.

The MPCA says the pollution caused the city of Lake Elmo to shut down wells, and warn residents against eating fish caught in its waters.

After legal and other expenses were paid, $750 million was invested in environmental projects in the east metro.

“A lot of studies have focused on negative impacts to pregnant women and to fetuses,” he explains. “There are some studies that discuss other impacts such as certain cancers.”

Air is injected into contaminated water, causing it to foam, trapping the chemicals.

“We’re adding water and making those bubbles come up to the surface, and then we’re going to attach to them and physically remove them,” Higgins says. “And then literally taking them out of the water and then making them concentrate down to a small amount of liquid.”

She says the system can process up to 60,000 gallons a day, leaving behind five gallons of contaminated fluid, which is destroyed in another process.

The now-cleaned water is then returned to the environment.

The research team has drilled several wells —one of them 420 feet deep — in order to collect aquifer water for testing, so they can do this work throughout the winter.

Higgins says the technology is mobile, so the team will be able to test at other locations.

Meanwhile, MPCA says there are already systems in place, ensuring the area’s drinking water is safe.

It’s hoped these new devices will be more affordable and efficient.

“These technologies will matter, because this is not going away,” Holtz says. “The PFAS will be in our aquifers for generations to come. It will last long past my lifetime, or my children’s lifetime.”