Movie theaters in Minnesota will be allowed to reopen with limitations, as part of the loosened restrictions announced Wednesday by Governor Tim Walz.

Theaters have been closed for six weeks as COVID-19 cases surged in the state.

Starting Monday, movie theaters and other indoor entertainment venues can open at 25% capacity with mandated masking and no food service past 10 p.m.

"I think a lot of positive things are going to happen with the reopening, even though it’s a gradual reopening," Stephen Mann, president of Mann Theatres, said. "But, you know, we got to start somewhere again. We want to control our own destiny."

Mann Theatres is a Minnesota-based movie theater company that has been in business since 1935 and currently operates eight locations across the state. 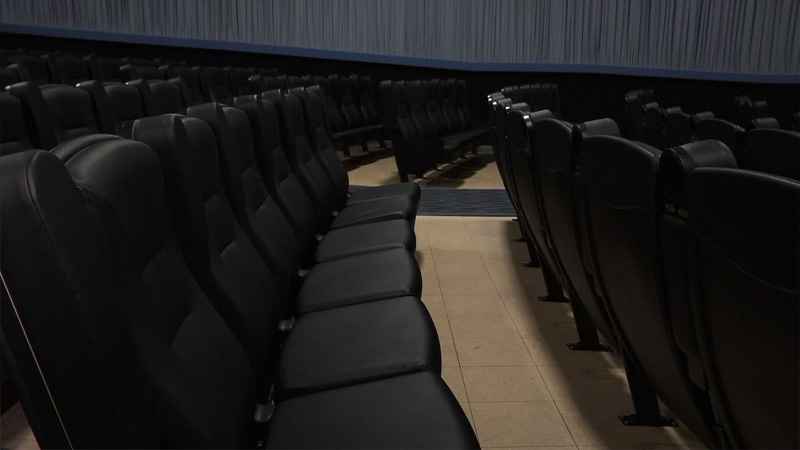 Mann said this is the first year they had to close over the holidays, which is typically the busiest time of the year for the theater industry.

"We’re very happy it’s a new year, let’s put it that way. I think the worst is behind us," Mann said. "We’ve got a ways to go yet looking forward, but there’s light at the end of the tunnel."

Mann said, even with the reopening, the outlook for the industry is uncertain since many movie releases have been pushed back to late 2021 or even 2022. Some distributors are also releasing movies directly to streaming services instead of exclusively to theaters.

"It’s been so hard. Every month has been a struggle to stay afloat," said Laura Runge, an employee at Woodbury 10 Theatre, which is also locally-owned. "So we are super excited to reopen."

Runge said they will spend the rest of the week ordering inventory, restocking concessions and cleaning the theaters.

She said entertainment businesses need community support to survive. She believes theaters can provide safe environments that are fun for families who want to get out of the house.

"When you go to the movies, it’s an event, it’s exciting, it’s something that’s special, it’s immersive," she said. "You’re in the dark theater, you’ve got your popcorn, you’ve got your snacks, just enjoying it and not worrying about everything else. It’s an escape I think for a lot of people."

Over the course of the pandemic, many movie theaters have gotten creative to stay in business, adding amenities like outdoor projectors for drive-in shows, curbside popcorn and private theater rentals for small groups.

Starting this week, movie theaters in Minnesota can also apply for up to $150,000 in COVID-19 relief grants, as part of the state’s recently passed small business relief package.