‘Most of the people, they are scared:’ Ukraine man voices concerns over safety of family, country

Just over two weeks ago, Bogdan Konovalov was in Minnesota, getting fitted for a new prosthetic leg at the Limb Lab in Minneapolis.

Wednesday, he is back in his homeland, Ukraine — invaded by Russia, in what the White House is calling “an unprovoked and unjustified attack.”

“We’re praying right now with our youth to just stop them because Ukraine is a peaceful nation,” Konovalov told 5 EYEWITNESS NEWS in a Zoom interview earlier Wednesday.

Konovalov, 31, is a youth pastor for a Pentecostal church in his hometown of Dnipro, in eastern Ukraine.

He says he’s been in southwestern Ukraine for a family gathering that was planned months ago.

“Most of the people, they are scared,” Konovalov explains. “We don’t want to kill somebody, we just want to live peaceful life, raising kids and praise the gospel, that’s all we want.” 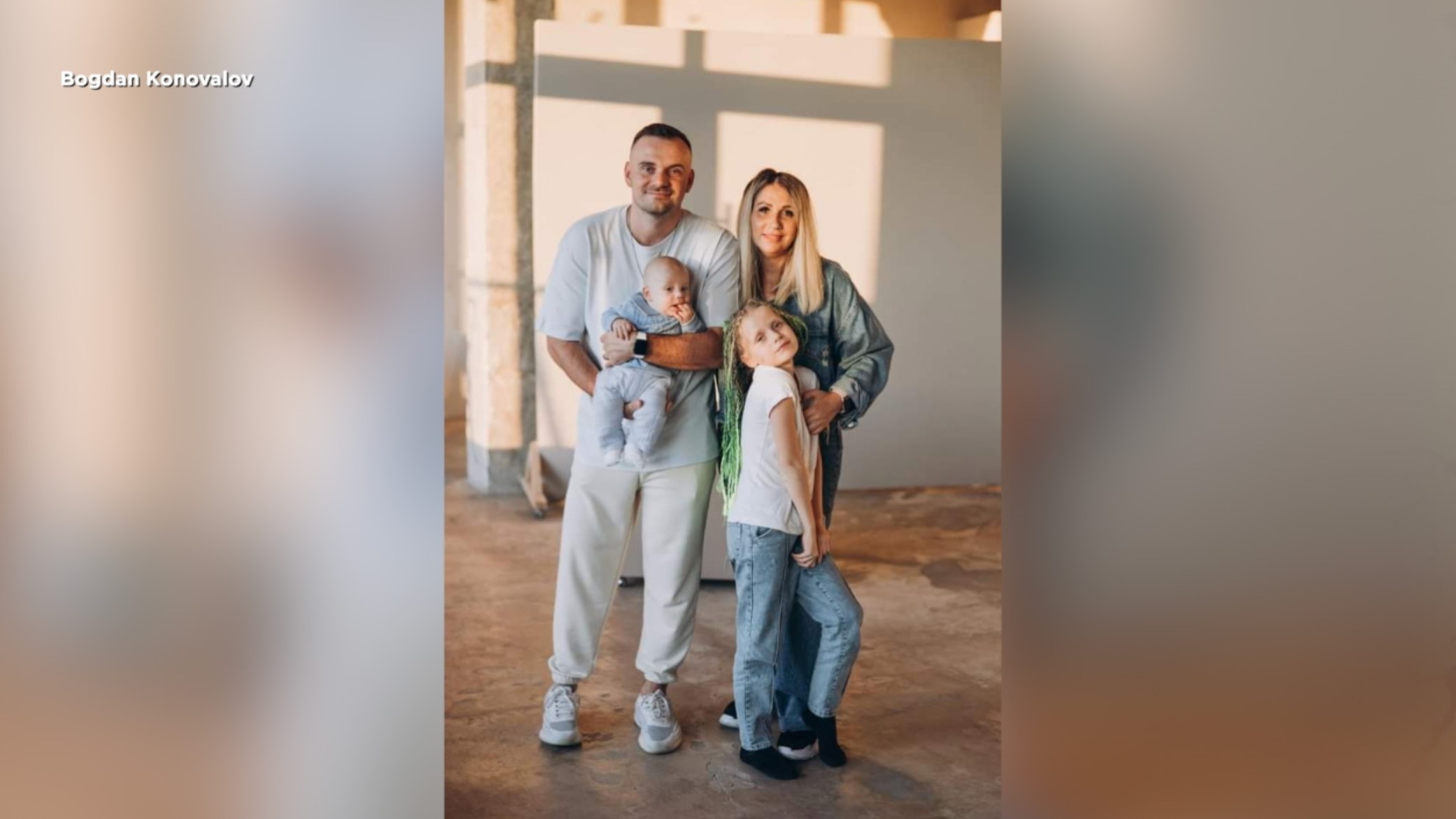 But with the state of emergency declared Wednesday, he says he was hoping to get his wife Olga and their two daughters, nine- and eleven-years-old, and their nine-month-old son back to Dnipro — even though it’s much closer to the Russian border.

“Even if I feel some fear inside of me, that is my land, this is my home, my family, my church, my relatives,” Konovalov declares. “This is our land, we don’t have another home.”

We asked if he felt he’d be safe in going home.

“I hope so,” Konovalov answered quietly. “I hope it will be no problem to get back home to Dnipro.”

KSTP first met Konovalov at the Limb Lab, many years after a terrible childhood accident involving a trolley.

“When I was two-years-old, I fell under the train, because of the fault of the driver,” he recalls. “The doctors said that it was a miracle for me to survive in that circumstances.”

Since then, Konovalov has not only survived but thrived as an athlete and a family man.

He hopes someday to run a half marathon.

But for now, flying home in the midst of the crisis, he says he’s focusing on his country.

He says in Ukraine, there is defiance in the air.

“In the cities, people are preparing, many people are buying guns and weapons,” Konovalov notes. “Not Christian, but most of the nation, because nobody wants to give a piece of land for free you know.”

Meanwhile, the U.S. and its NATO allies are responding with a military buildup in the region, and sanctions.

Paul Vaaler, with the University of Minnesota Carlson School of Management, likens the sanctions to using the economy as a weapon.

He adds the Biden Administration’s sanction package against Russia and its leaders will freeze assets and put a halt to at least some financial activity there.

He says the sanctions are targeting Russian elites and their families, with investments spanning the globe.

“For example, they’re big investors in London real estate, and then all sorts of London businesses, including football teams,” Vaaler says. “If we decided to get really tough, we’d go and freeze those assets, and essentially make them so they can’t get access to them.”

Vaaler says with an invasion, Minnesota could also be embroiled in the fallout.

He says the port city of Odesa, now in Ukrainian control, is the home of a Cargill grain facility that could be under threat.

“So it’s an example of how Minnesota companies that do business in that part of the world have assets and have facilities, and people at risk,” Vaaler says. “This is a big one.”

5 EYEWITNESS NEWS contacted Cargill media representatives for comment but did not hear back.

Meanwhile — Konovalov says he’s praying for peace and the safety of his fellow Ukrainians.

“I’m praying and I believe that God and all our partners in United States and Europe will help us to hold Russian troops,” he says. “And I’m real concerned about that.”