Minnesota is among dozens of states sitting on millions of unused COVID-19 rapid antigen tests the federal government bought for $760 million and distributed last summer. In Minnesota, nearly 1.4 million of 1.5 million tests delivered to the state remain in storage.

"We just haven’t seen the demand for the BINAX tests as we have for other COVID testing in Minnesota," Myra Kunas told 5 EYEWITNESS NEWS on Wednesday. Kunas is the interim public health lab director for the Minnesota Department of Health.

The BinaxNOW rapid COVID-19 test was developed by Abbott Laboratories last summer and was once seen as a major breakthrough to enable aggressive testing to battle the pandemic.

"BinaxNOW and the Navica app give us a rapid and reliable, affordable test at massive scale, and a digital health tool that will help us more safely get back to daily life," Abbott Vice President Bill Hackett said in a video news release from the company last summer.

But The Wall Street Journal reported this week that out of 142 million tests sent to states, at least 32 million sit unused. That includes 1.4 million in storage in a state warehouse that was originally bought to store the bodies of COVID victims. 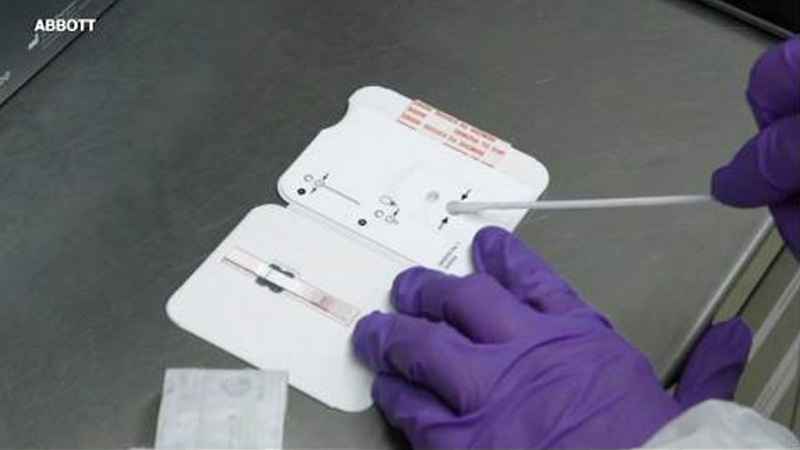 The BinaxNOW rapid tests were initially aimed at helping schools, nursing homes and other facilities test people with possible COVID-19 symptoms. However, the need to train people to administer and report the results led to questions about the accuracy of the tests and lowered demand for them.

"As you get further and further away from clinical trained people doing the tests, accuracy goes down even further," Kunas said.

Although more than a million of the rapid tests remain unused in Minnesota, Kunas said that doesn’t mean Minnesotans aren’t getting access to needed testing.

"Testing is available and, right now, we actually have excess testing available in Minnesota, and so it’s not that there are people not getting tested," Kunas said.

The state is checking with higher education institutions and private labs to see if they can use the tests before they expire in the next couple months.