More volunteers from Minnesota will soon be making their way to Louisiana to help with Hurricane Ida recovery.

Since making landfall on Aug. 29, one of the most powerful hurricanes to hit the state has killed more than 25 people. Thousands are still without power as they continue to clean up the destruction.

Wednesday, volunteers from the American Red Cross Minnesota and Dakotas spent their day in Sun, Louisiana, a small town just about an hour north of New Orleans.

“[There is] huge destruction. There are towns that barely exist,” said Holly Walz, a Red Cross volunteer.

“The amazing thing to me is we kind of call it the ‘clashing of the worlds.’ One side [of] the neighborhood is basically unaffected, and on the other side of the street it’s decimated,” Walz added. 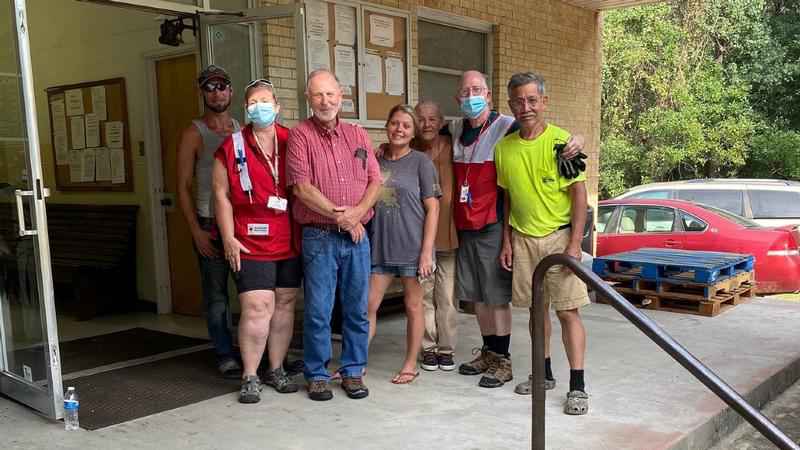 Walz and her volunteer team are distributing what they call “clean-up bins," which contain cleaning supplies, masks, batteries, a flashlight and a tarp. Families that pick one up will also get a shovel and rake to help with their clean-up.

“They’re in a time of need, a crisis — it’s devastating,” said Brittany Talley, the wife of Sun’s mayor.

“We’re so fortunate to have the Red Cross. They’ve been amazing,” Talley added. “People are coming in [and] getting kits, they’re so appreciative.”

The Salvation Army will also be sending local volunteers to Louisiana. On Sunday, a team of four will head south to relieve a crew that’s working on a food distribution truck in Gonzales, Louisiana, about an hour west of New Orleans.

"The Salvation Army has expanded their operation to further meet immediate needs through feeding, sheltering, and emotional and spiritual care for survivors and first responders, as widespread power outages and flooding affect Louisiana and the northeast United States.”

“Trained emergency response teams are providing meals, water, supplies and care to the affected areas, with additional resources on the way."