For Erica of Minneapolis — a single mom with two kids — an early Mother’s Day gift.

“Of course it was a surprise when you get this phone call —  ‘hey you’re going to get a car,’” she smiled. “I’m like what, is this real?”

Yes, it was real.

She and two other metro area mothers were getting new rides.

“Whoo-hoo, I’m like, where are we going,” she laughed. 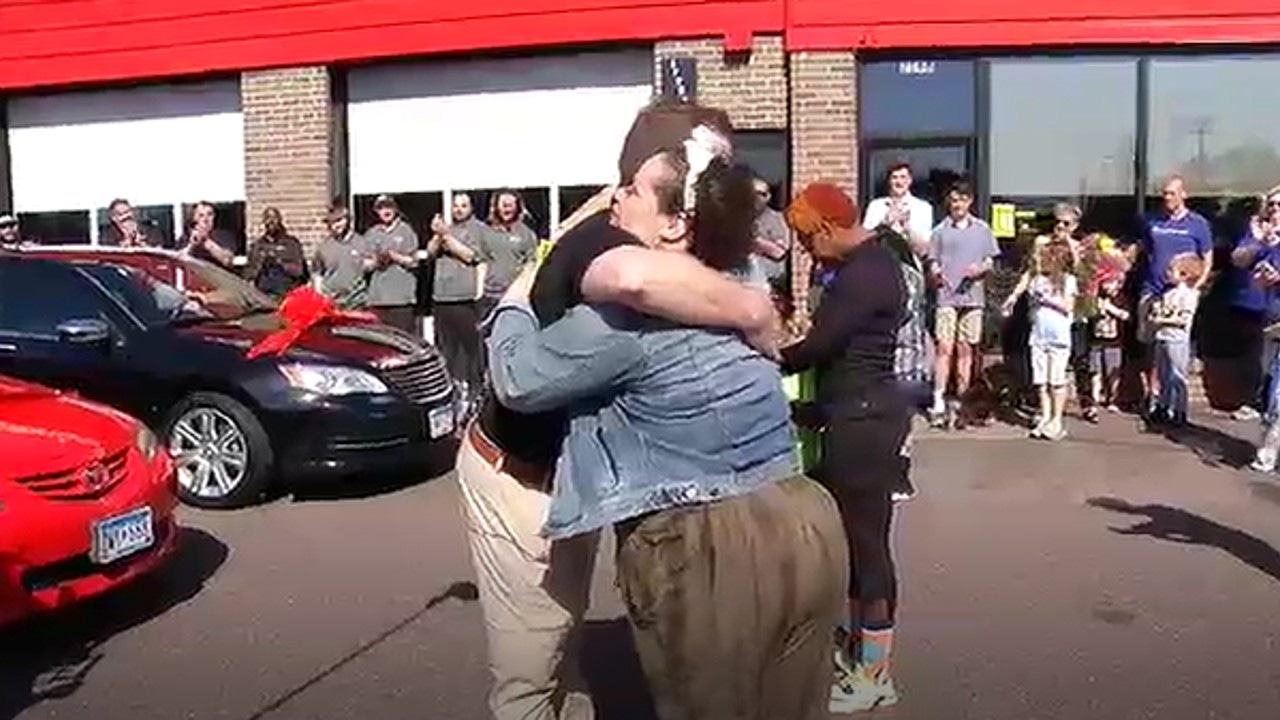 The cars aren’t part of some contest — but a rolling, random act of kindness.

It turns out Adam Stranik, the owner of Midas Total Car Care in Roseville, had a trio of loaner vehicles that were aging out.

“We thought instead of selling them — used car prices are so sky high right now — maybe it’d be better to give them away, Stranik says. “Some of them needed brakes, tires. One of them needed a water pump.”

He says he could have sold them.

Instead Stranik and his team fixed them up, as a Mother’s Day gift for families needing a car.

“It was really cool, all my guys came in and volunteered their time,” he notes. “We spent the whole day in the shop and we put them all together.”

Partnering with ‘Family Promise’ — an Anoka non-profit that helps families in need — Stranik says those refurbished cars now have new owners — just in the nick of time in one case.

“Luckily my boyfriend has a car, but it’s not the most reliable, so when we drive it, it’s almost like being afraid that it’s going to break down,” says Brianna — a mother of four. “Having that fear in the back of your mind when you’re driving, it’s very scary.”

The moms brought their kids to share in the excitement of having a reliable way to get around.

“Get the kids to school, not have to worry about transportation, for that, simple things like the grocery store, you know,” says Briski — who has a son in high school. “I think just the dependability of being able to do what you need to do, when you need to do it, instead of having to figure it out.”

Stranik says the current car shortage was a big incentive to do this for the moms, noting that he’s seen prices of used cars rising by as much as 45%.

He says his team did thousands of dollars’ worth of repairs on the cars for free.

“It’s important to help people, too of course,” Stranik says. “We could sell them and at the end of the day, it feels nice to help people. It’s a feel-good thing for all of our guys, and they’re happy to do it.”

“Appreciate the hard work, the time, the effort that they took to even give us the car,” Erica says. “It’s going to benefit us so much, not only right now, but in the long run.”

A gesture of kindness — on a special weekend.