E-ZPass will connect Minnesota’s express lane system to 19 states in the Midwest and East Coast, allowing drivers to use the same pass in those participating states. E-ZPass lanes will operate much the same as MnPASS lanes along Interstate 35W, Interstate 35E and Interstate 394.

According to MnDOT, E-ZPass lanes will remain free for buses, motorcycles and vehicles with two or more riders during peak weekday hours — 6-10 a.m. and 3-7 p.m., Monday through Friday. Solo drivers will be able to pay a fee to use E-ZPass lanes during peak times.

Fees will range between $0.25 and $8, according to MnDOT; the heavier the traffic, the higher the fee.

Outside of peak hours, E-ZPass lanes will operate like a general lane and will be free for all drivers and riders. 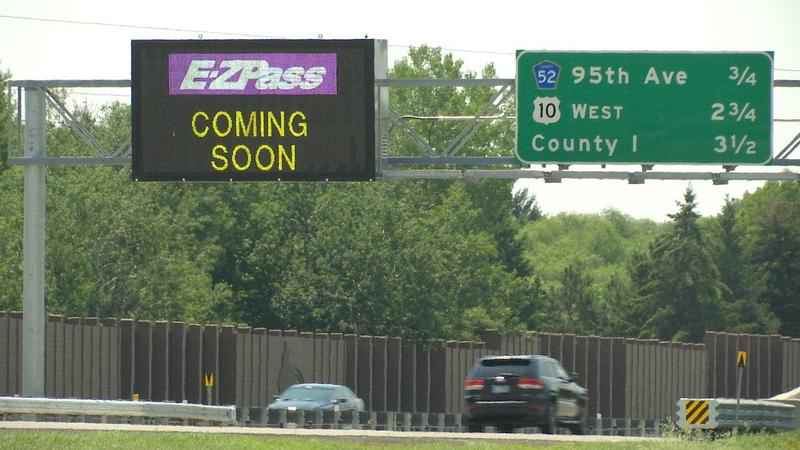 Current MnPASS tags will continue working on applicable roads in Minnesota, and those who want a new E-ZPass tag for use in other states can switch to the new tag in August.

E-ZPass in Minnesota will have one tag allowing drivers to switch between "single occupant" and "HOV."

"The interoperability of E-ZPass Minnesota adds even more value and convenience for travelers," MnDOT Commissioner Margaret Anderson Kelliher said in a statement. "As Minnesota’s traffic volumes continue to return to pre-pandemic levels, E-ZPass lanes create more options for Minnesotans get around safely, reliably and efficiently."

More information about the process, including maps of existing and future lanes, is available here.

Also Thursday, MnDOT announced work is winding down on new express lanes along Interstate 35W in the north metro between Roseville and Blaine. That three-year project is expected to wrap up this fall.