Just days before the 2022 midterm elections it looks like the results in Minnesota will be a battle of the DFL Party’s huge fundraising advantage against the Republican Party’s momentum.

“We are lucky to have a financial advantage,” says DFL Party Chair Ken Martin, adding they’re spending it to knock on as many doors as possible. “We knew coming into this election we would have headwinds. Every midterm for the party in power it’s a tough election. We knew that to overcome that we had to really invest in conversations at the doors. For months now we’ve been having those conversations with Minnesota voters.”

The Minnesota DFL Party has raised more than $19 million for state campaigns compared to just over $1.1 million for the state Republican Party.

“Elections are not just a function of how much money you spend,” says Republican Party Chair David Hann. “We do have great candidates. We’ve got great volunteers. We have had really great financial support from donors, investors and others, so it’s all been good.”

The two party chairs disagree on the role the abortion issue will play in the elections. Democrats have featured the issue in almost every television ad this election cycle. 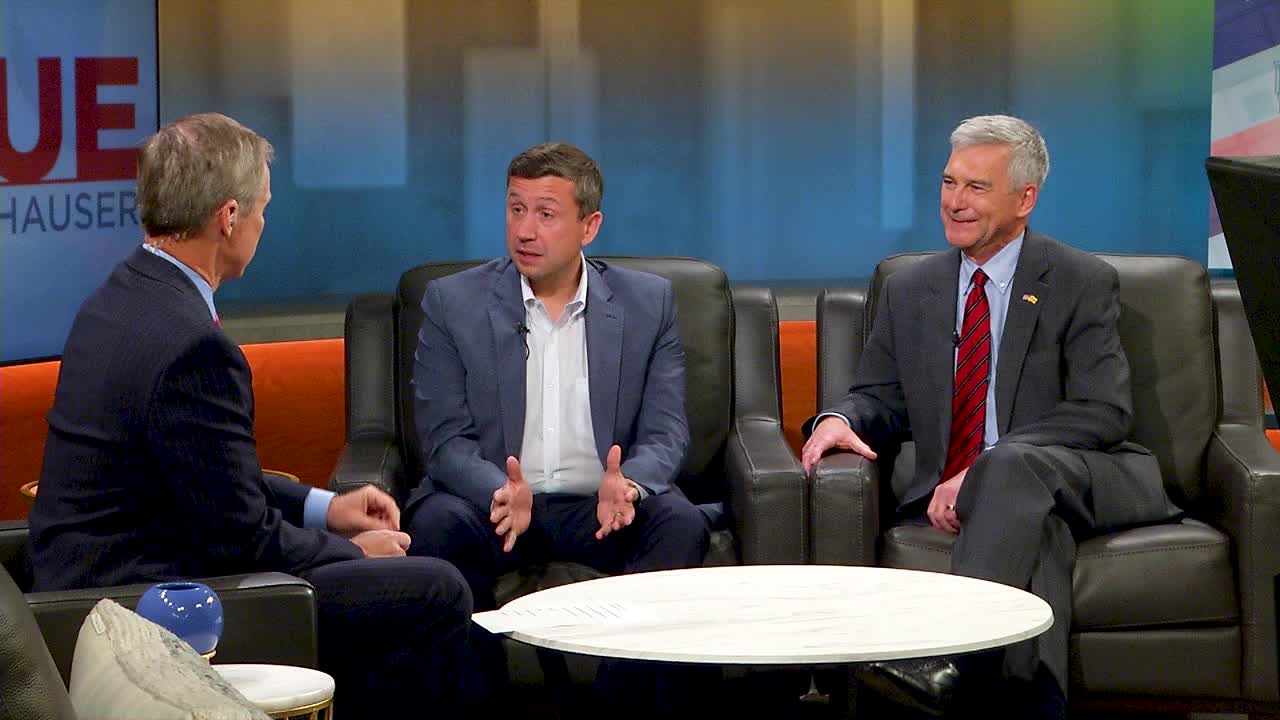 “Minnesotans are concerned about what would happen with a Scott Jensen and Matt Birk in the governor’s office, Jim Schultz as attorney general,” Martin says. “They’re concerned that abortion would be at risk here. That’s what we’re hearing at the doors.”

Hann says Republicans are hearing about many other issues when they knock on doors because most Minnesotans realize no governor can change the state abortion law protecting the right to an abortion.

“The issues we hear about all the time, the economy, crime, inflation, education and now the food for fraud scandal…these are things ordinary people are concerned about and that’s what we hear,” Hann said.

Neither party chair could explain why neither President Joe Biden or former President Donald Trump have campaigned in Minnesota. Martin says he thinks Biden should run again in 2024.

“He’s had such a great record of success these last two years,” Martin said. “I think if he chooses to run again many Democrats, myself included, are going to enthusiastically support him.”

Hann would not say whether he thinks Trump should run again.

“I don’t think he will, that’s my personal opinion. I’m going to leave that up to him.” Hann quickly added with a laugh, “But I do think Joe Biden should run again.”

Biden’s approval ratings have hovered in the low 40’s for several months now across the country.

You can see the entire segment with the party chairs on “At Issue” Sunday at 10 a.m.