His mother is from Poland, and when he learned the town where she grew up was preparing for hundreds of refugees, he wanted to take action.

“My brother and I came up with basketball because that’s what we are good at,” Benjamin said.

They launched a fundraiser, selling free throws for a dollar and 3-point shots for $3. The idea spread quickly in their local community — and beyond. Kids from Romania to Puerto Rico snapped photos of themselves taking “3-Pointers for Ukraine.”

When Benjamin and his brother Nathaniel started out, their goal was to raise $500. As of Monday, they are close to raising $30,000. 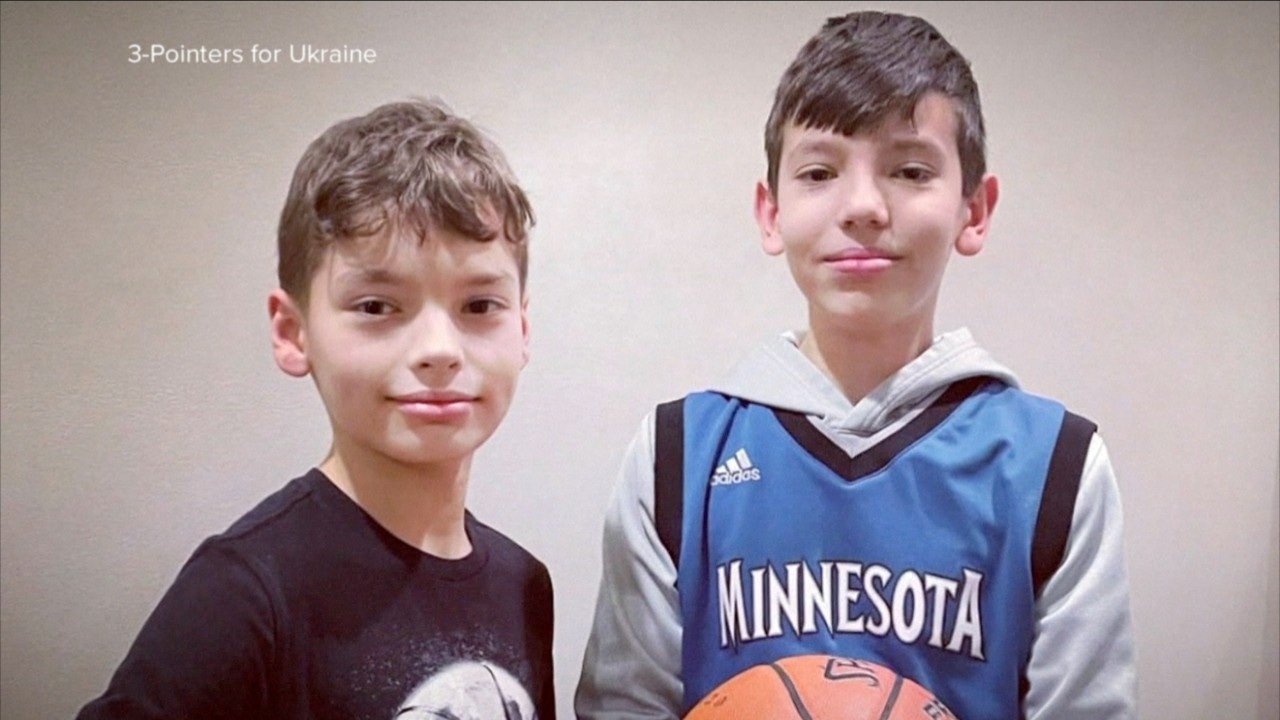 Benjamin and Nathaniel Mendoza have raised close to $30,000 with their fundraiser 3-Pointers for Ukraine.