Minnesota’s workforce shortage causes headaches for hospitality industry, but good news may be ahead

You may have seen plenty of "help wanted" signs at bars and restaurants in the metro.

State officials say a workforce shortage is causing plenty of issues for businesses looking for employees.

"I don’t know where everybody is,” said Philip Dorwart, the owner and dining studio chef of Create Catering. “I have the same question: Where is everybody? Where are all the workers?”

Other businesses, like Bebe Zito in Minneapolis, are also dealing with delta variant concerns.

“We’ve been in business since July 3of last year, so we’ve only been open during COVID,” co-founder Gabriella Grant-Spangler said. “We start all our shifts with a temperature check and just ensure no one is exhibiting any symptoms of COVID.” 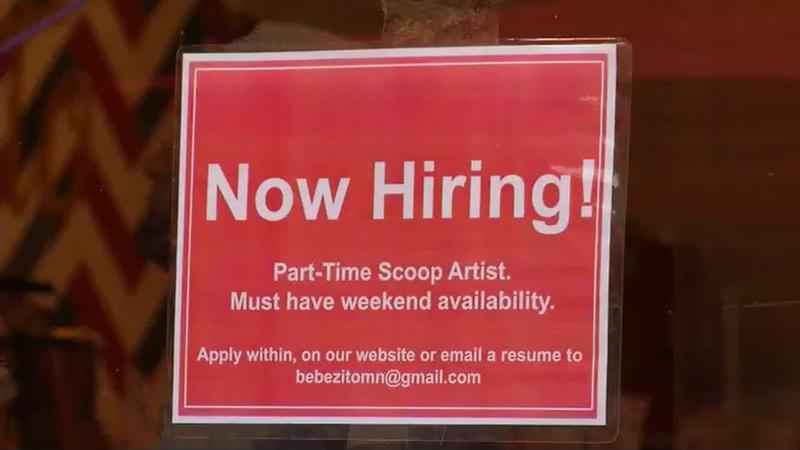 All of this is making for a difficult turnaround for the state’s hospitality industry.

“I honestly thought by the time September came we would see maybe not a tidal wave of workers coming back, but at least a good trickle,” Dorwart said. "We’re actually telling clients that we can’t take events because we can’t staff it. That is our biggest thing."

He says last spring during the pandemic, he was forced to cut his staff from 45 people to just six.

Dorwart says he also was no longer catering 300-person weddings and events. Instead, his smaller staff specialized in takeout and delivery.

“Asking anybody who had any kind of inkling of customer service or wanted to serve to call me, and we got one response. … My network is probably a couple of hundred people,” he said. “It puts us in a really tricky position obviously, where we don’t have staff to staff an event, we can’t take the business, then we’re not making money, and then, where does that put us?"

The Minnesota Department of Employment and Economic Development says the state’s labor force declined nearly 3% in the first seven months of 2021 compared to the same time last year.

“We’re facing a unique workforce shortage in our state right now,” DEED Commissioner Steve Grove said. “I don’t think there’s a business that I’ve talked to that’s not looking for workers, and is struggling to find them."

Why is this happening?

Grove says there are many reasons.

"We have a huge lack of childcare in the state. We have real concerns about the delta variant, and the safety of in-person jobs,” he said. “I think a lot of workers are re-evaluating what they want to do with their lives and where they best want to contribute."

Grove says there are several state programs in place designed to help people trying to prepare for a return to the workforce.

“We have a big effort called Good Jobs Now,” he says.

“We’re pointing people to a website and calling them proactively every single day, directing them to opportunities in our economy,” Grove adds. “Everything from interview training, resume help, and aptitude tests, to find out what you might be good at. We can help you in your journey along the way.”

Dave Vang, an economics professor at the University of St. Thomas, says even before that, people have made changes to get by.

He adds the hospitality industry may have to pivot once again.

"A lot of people have adjusted their lifestyles to less spending, so it takes less income without working to survive than maybe it did in the past,” Vang notes. "Restaurant owners might have to find that they have to pick up their wages a bit, not just to match whatever government income these individuals might have, but also make it worthwhile to give up their time to actually come into work."

As an incentive for new workers, he’s offering a $20-an-hour salary, plus full-time benefits.

He hopes he’ll be able to sign up new applicants soon.

“An event last week that we worked basically doubled everybody’s wage, up to about $40 an hour,” Dorwart says. “Not to mention you get to eat when you’re there, you get to take food home, so the perks of working in the food industry.”

DEED says although job growth will continue to be limited by the workforce shortage, there is some good news.

The agency says Minnesota is projected to add more than 100,000 jobs by the spring of 2022 and that the state will have recovered 85% of the jobs lost during the pandemic by the end of June.

“I think we’ve had the whole country take kind of a deep breath, take a collective new look at what a good job is in today’s economy,” Grove said.

Right now, Bebe Zito has at least one opening.

“While we do have staff, we have been struggling with what happens if someone feels like they’re exhibiting symptoms of COVID and the time in which it takes for them to receive results of a negative test,” she said. “We have been calling in people, but a lot of it has been Ben (her partner) and I picking up shifts, so lots of long days.”

Still, Grant-Spangler says she’s proud of her employees, especially during these difficult times.