This is a different kind of urgent care — inside the Ukrainian American Community Center in Minneapolis.

“It’s saving lives, but also saving quality of life,” explained Sasha Sakurets, a nurse at the University of Minnesota’s Masonic Children’s Hospital. “Everything we have, we don’t pay for. It’s all donated.”

From bandages to breathing tubes and surgical gear to syringes — all bound for Ukraine, with the help of hospitals and health care centers in Minnesota.

“We sort medical supplies that were donated by different hospitals,” explained Oksana Gren, a volunteer. “We made an agreement with the hospitals, and they allowed us to pick up the items that we are going to use to send to Ukraine.”

“The need is immediate. We’re not sending things that are potential need,” Sakurets added. “We’re in contact directly with trauma surgeons who are on the ground right now in the battlefield.” 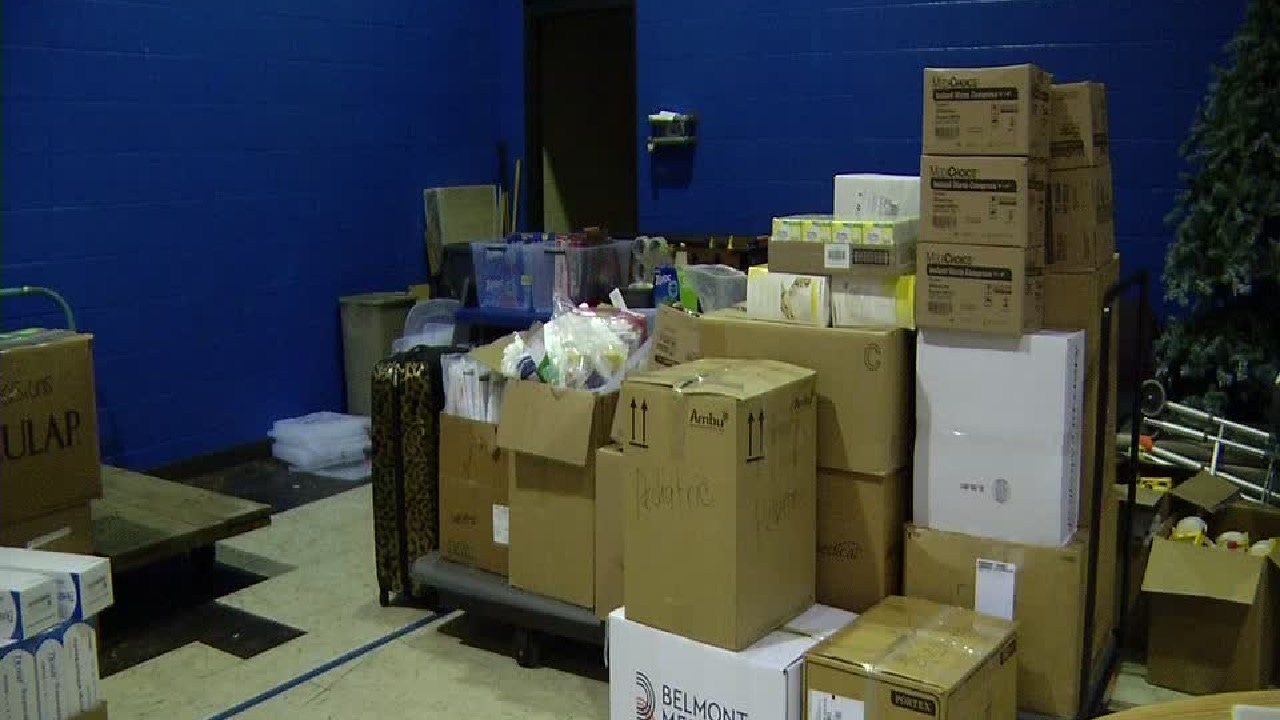 Sakurets began this effort in late March at her Maple Grove home.

She had just returned from working for three weeks as a medical volunteer in a Polish refugee center.

Soon the number of donations grew, and the procuring and sorting operation was moved to the Ukrainian Center.

“It is extremely important,” declared Dr. Tanya Melnik, an assistant professor at the University of Minnesota Department of Medicine. “Due to war in Ukraine, providers and physicians have ultimately experienced a significant shortage of medical supplies. They see a significant number of injuries, so shrapnel injuries, blunt force trauma, and civilian injuries.”

But it’s not easy getting medical supplies to a war-torn country halfway around the world.

“Once it’s all collected, yeah, the challenge is to get it there, quickly and efficiently,” Sakurets noted. “A container by sea can take four weeks.”

She said the volunteers have been able to send about sixty suitcases of medical supplies on commercial flights so far.

But that idea has its limitations.

“How much can one single volunteer take with them?” Gren said. “It’s not only a matter of paying for each luggage. It also is, how can you physically take that.”

Sakurets said she and her partners had made inquiries with Governor Walz’s office and with private individuals, hoping to get access to a cargo plane.

That kind of aircraft could make a significant difference in getting medical supplies to where they’re needed more quickly.

“If we have a cargo plane, it’s an overnight trip,” Sakurets explains. “They can get it to a border town in Poland (at the Rzeszow-Jasionka Airport), and then, it would be a very quick ride into Ukraine.”

“I can’t even begin to understand how much more help it would be,” Gren adds. “I imagine this whole place would clear out in one shipment.”

5 EYEWITNESS NEWS reached out to the governor’s office for comment about the cargo plane idea but has not heard back.

Still, with the war nearing its third month, Melnik says the new supplies would be crucial.

“I have friends and colleagues in Ukraine I’ve been in touch with for a long time,” she says. “Seeing them struggle with the supplies, seeing them struggle and not able to help patients, that is our calling, and for a lot of nurses, physicians, and other providers, this is what we want to do.”

We asked volunteer Marta Spencer what she thought about while packing and sorting medical gear and clothing for people she might never meet.

Sakurets said in those suitcases and duffel bags filled with supplies, there are also words of encouragement and hope.

“We actually write notes in each duffel to the surgeons in Ukrainian,” she says. “Hang in there. We’re with you, the medics in Minnesota supporting you. When they open the packages, they always take a picture.”

Those photos, Sakurets says, are shared by front-line workers in Ukraine.

They are giving everyone a sense of connection, those who are trying to help the sick and wounded there in their various ways.

Sakurets says about 70 volunteers are helping procure and sort supplies and that the center would love to hear from any medical facilities interested in donating.

If you want to learn more about the donation effort, you can find details here.