In a breakthrough in the crisis gripping the Middle East, Israeli leaders on Thursday agreed to a cease-fire, pausing their airstrikes on Hamas targets in Gaza.

Violent conflicts between Israel and Palestine have been going on for decades, but the two sides see things in very different ways.

"This is not Israel versus Hamas, this is really an occupation and assault against the Palestinian people," said Mariam El-Khativ with American Muslims for Palestine.

El-Khativ is an American citizen who spent time in Palestine as a young girl and still has family there.

"I think everybody should be against terrorism, against racism, and against those destabilizing the region," said Daniel Aschheim, an Israeli Diplomat with the Consulate General of Israel to the Midwest. 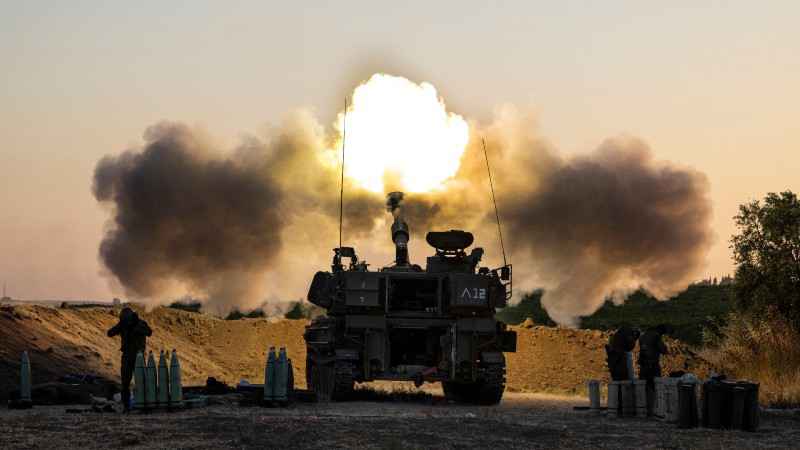 Aschheim remembers walking to school in Israel at age 14 and seeing a bus blow up — his parents are still there.

Two weeks ago, the latest tensions between the two sides boiled over. Palestinians protested what they call the continual and unlawful forced ethnic evictions of Palestinian families in East Jerusalem by Israeli Jewish settlers.

Clashes erupted between Palestinians and Israeli forces at one of the holiest sites for both sides, during the holy month of Ramadan. In response, Hamas launched rockets into Israel from the Gaza Strip, a Palestinian territory about 60 miles away.

The United States recognizes Hamas as a terrorist group.

"We need to change the paradigm here. It’s unacceptable a terrorist group will ruin the lives of millions of people, regardless of if they’re Jewish or Muslim," Aschheim said.

Claiming self-defense, Israel fired back at Hamas targets. More than 200 Palestinians have been killed, including more than 60 children.

"This is so heartbreaking, we have families sleeping in the same room so they can all die together, and families splitting up their kids with other families so that if one house gets bombed at least someone from the family survives," El-Khativ said.

Both El-Khativ and Aschheim agree the fighting and loss of life is heartbreaking, but they say more needs to be done and the world is watching.

"The only way to live next to each other in this region is by a peaceful resolution that will benefit all the people there: Palestinian people, Jewish people, Muslims and Christian alike," Aschheim said.

"We’re not talking about political solutions right now, we’re talking about basic human rights for people to live in safety and security and to not fear for the lives of their families and children," El-Khativ said.

The Minnesota chapter of the American Muslims for Palestine held a rally earlier this week and is planning another at 3 p.m. Saturday at Bryant Park Square in Minneapolis.