The U.S. State Department is partnering with a nonprofit to launch a new program to create more opportunities to help with Afghan resettlement.

The Department of Defense released Monday that there are 53,157 Afghan evacuees at eight military bases, including Ft. McCoy in Wisconsin, but thus far, 6,689 have been released for resettlement.

Minnesota has been advised by federal and local partners that at least 840 Afghan evacuees may be placed in Minnesota, according to Minnesota’s Department of Human Services. To date, 155 people have arrived in Minnesota.

"We really came upon capacity restriction in the current infrastructure," said Danielle Grigsby, the director of external affairs and co-founder of The Community Sponsorship Hub, which is supporting the launch of the Sponsor Circle Program for Afghans.

"We worked really collaboratively and around the clock to set up this sponsor circle program for Afghans,” Grigsby said. “That gives these community groups an opportunity to directly welcome Afghans already in the United States off of bases directly into their communities." 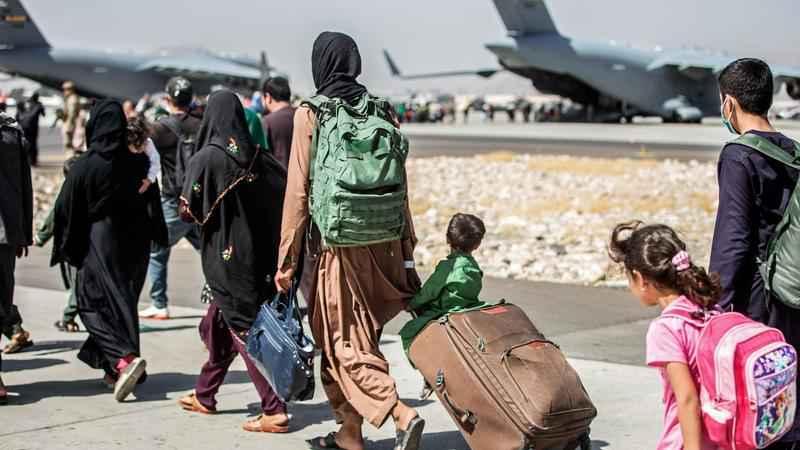 The Sponsor Circle program has several requirements that must be met for groups of five or more people who would like to help Afghan refugees. Some of the requirements include raising at least $2,275 per Afghan refugee, helping secure housing and providing a detailed plan that also includes how basic necessities will be met for individuals for at least 90 days.

"This program will create new opportunities for individuals and community groups across the country to directly support Afghans who have been relocated to the United States under Operation Allies Welcome," U.S. Secretary of State Antony Blinken said in a statement.

Currently, 200 government-approved groups are involved in the process across the country, according to ABC News.

That includes Richfield’s Arrive Ministries, which is hiring more staff to keep up.

"Everybody is working their hardest, long, long hours — 125 Afghan evacuees on top of the largest the number of refugees that we’ve resettled," said Kate Shermer, Arrive Ministries’ communications director.

Arrive Ministries works to help the refugees during their first year in the country, but that effort requires a lot of volunteers and donations to make that possible, Shermer said.

Ft. McCoy, at one point, housed more than 12,000 Afghan evacuees at the Army facility in Wisconsin. That includes Hamid Samar, who has been at the base since being flown to the U.S. in late summer from Afghanistan.

Samar recently learned that he and his family will be resettled soon in the Philadelphia area.

"It will have a big meaning for me and my family to just go somewhere and to settle and start in our new life, and just think about the future of the kids,” Samar said.

Samar started ZAN TV, a television news station for women back in Kabul, in 2017. His teenage daughter worked as a presenter at the station, along with the other female journalists on numerous programs on the channel.

"The current situation in Afghanistan, day-by-day it’s getting worse and worse," Samar said.

ZAN TV has started to post more clips on social media of events going on in Afghanistan in recent days.