The NHL announced Monday that tickets to the 2022 NHL Winter Classic between the St. Louis Blues and the Minnesota Wild at Target Field — home of the Minnesota Twins — will go on sale to the public on Wednesday.

The event will be the first NHL Winter Classic scheduled to be played in primetime and will start at 6 p.m. (CT) on Jan. 1.

Tickets go on sale this Wednesday at 10 a.m. via Ticketmaster and are available on a first-come, first-served basis, while supplies last.

It will mark the second time the Wild will play in an NHL regular-season outdoor game, and the second time the NHL has brought a regular-season outdoor game to "The State of Hockey" following the 2016 NHL Stadium Series between the Chicago Blackhawks and the hometown Wild, who won the game 6-1 at TCF Bank Field (now known as Huntington Bank Stadium).

Monday’s announcement was made from home plate at Target Field during a news conference attended by NHL Commissioner Gary Bettman and Minnesota Wild Owner Craig Leipold, among many others. 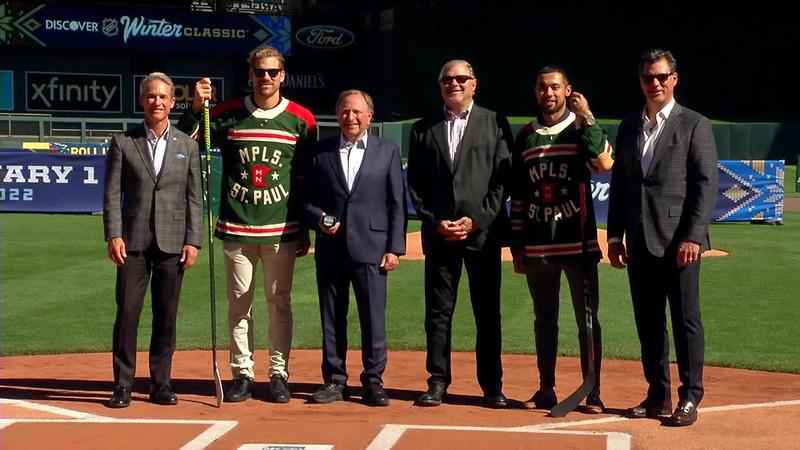 "Target Field is going to be a great venue and the Twin Cities are going to be fantastic fans for this," Leipold said.