Tuesday morning, Minnesota State Fair Police Chief Paul Paulos wrote an email to State Fair Board members and other officers, telling them he was retiring at the end of the Memorial Day weekend.

Sources told 5 EYEWITNESS NEWS Paulos wanted improved equipment and better officer training and State Fair management decided to go in another direction and seek an outside law enforcement agency to take over public safety at the fair.

There are dozens of law enforcement officers at the fair each day and the vast majority are off-duty officers from other agencies across the state.

Sources told KSTP that administrators at the fair had asked the Minnesota State Patrol, St. Paul Police and the University of Minnesota Police to take over as the fair’s contracted law enforcement agency for the fair’s 12-day run in late August and early September. However, all three have declined the offer because they do not have enough officers to handle the fair and their own jurisdictions simultaneously. 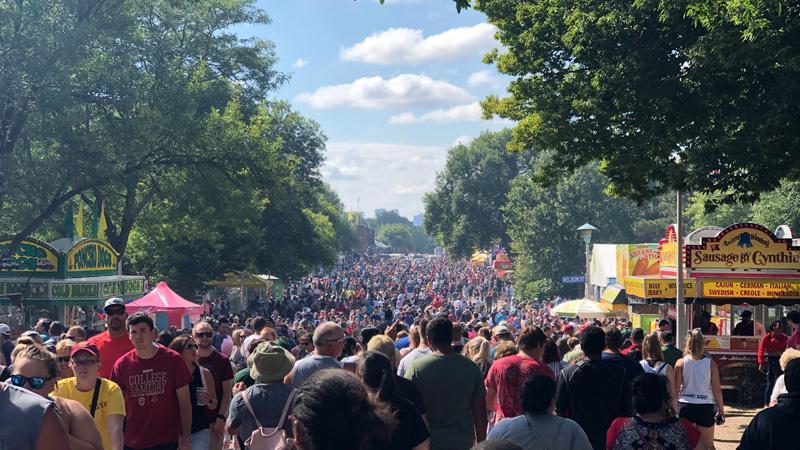 Those same sources said the fair is now talking with Ramsey County Sheriff Bob Fletcher about a contract to have his agency take over the fair policing. When KSTP contacted Fletcher he said, "nothing has been decided yet."

"For decades, the Minnesota State Fair has maintained its own police department to oversee law enforcement and security during the fair and year-round at the fairgrounds. Technology, training, equipment and standards evolve throughout the fair’s many departments, including our safety and security systems. We’ve determined that the most effective and efficient way to provide the best possible public safety is to partner with an outside agency. We’re currently in discussions with Minnesota law enforcement agencies to provide the best and safest environment for all at the State Fairgrounds. Our thanks to Chief Paulos for his leadership and for providing outstanding service for so many years."

The Minnesota Department of Public Safety also issued its own statement:

"State Fair leadership reached out to the Department of Public Safety to discuss how the Fair intended to provide police services and security at this year’s event. During a conversation earlier this month, State Fair representatives asked if the State Patrol would be able to replace the officers working for the State Fair Police Department during the duration of the fair.

"Given an alarming increase in traffic fatalities, Troopers are not available to patrol the fair as they refocus on the agency’s core mission of traffic safety. In addition, the State Patrol is unable to take on the responsibilities of a police department under Minnesota law.

"DPS asked how other states ran their fairs and were told that city and county law enforcement typically patrol the grounds. Based on that information, DPS suggested three options for law enforcement at the State Fair:

The Fair is governed by the Minnesota State Agricultural Society, a public corporation, and it is ultimately their responsibility on how to provide security and ensure the safety of its guests and vendors."