As COVID-19 spreads and the delta variant causes concern, the Minnesota State Fair could opt for a mask mandate when it comes to indoor facilities at the fairgrounds. Additionally, fair organizers could impose a capacity limit.

The fair opens three weeks from Thursday, on Aug. 26.

General Manager Jerry Hammer told KSTP that "all options are being considered at this time." However, no formal decision has been made as of Tuesday.

After that announcement, 5 EYEWITNESS NEWS asked 20 people at Boom Island Park in Minneapolis if they plan to go to the fair: 11 said they would attend, six said they weren’t going and three were undecided.

Dan Kauppi, of Minneapolis, is one of the 11 who said they’re going — Kauppi was disappointed about not having a traditional fair in 2020 and said he feels safe despite the delta variant making a surge. 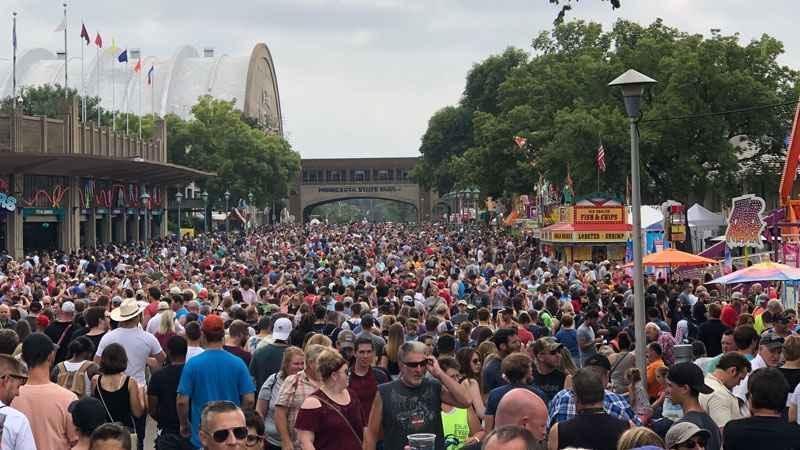 “I’ve been vaccinated,” Kauppi said. “I think a lot of Minnesotans have as well, so I think the risk is pretty reasonably low. But we’ll see what happens in the next month,” he added about the unpredictability of the COVID-19 situation in the state.

Mackenzie Sullivan, also of Minneapolis, is one of the six who said they’re not going. Sullivan said the rise in delta variant cases and not enough vaccinated Minnesotans, in her opinion, are the main reasons for not attending.

“I am around my elderly father a lot,” Sullivan said. “He’s had heart attacks, strokes, and all kind of conditions so [it’s] just not willing to risk it this year.”

Many businesses, such as Target, Walmart, Cub, and other venues and institutions in the state, like First Avenue and the University of Minnesota, have announced mask mandates in response to the rapid spread of the highly contagious delta variant and corresponding rise in infections.

"The Minnesota State Fair continues to monitor current guidance from federal and state officials," Hammer said in a statement, in part.

The fair will continue to provide updates on this year’s event here.