Minnesota State Fair attendees are battling packed parking lots and backed up traffic along their journey to the fair.

According to the Minnesota State Fair twitter account, parking lots were full as early as 10:30 a.m. Friday morning.

Fair-goers said they’re doing whatever they can to the fair.

“We came with some patience because we know how it was in past years, but every year is still a surprise,” Quinn Rinden, a state fair attendee, said.

“We parked way back there and were driving around for a while and finally made it up here. We’re almost there,” Rinden said.

Attendees said finding a way to get to the Minnesota State Fair is half the battle.

“It’s very busy. This is going to be one of the busiest fairs ever,” Richard White, Twin Town pedicab driver, said.

White’s pedicab stays full. He drives up and down streets close to the fairgrounds to pick up riders.

“They’re glad to see us. You can park for 40 bucks down there or you can park for free up there and ride for 20 or 30 bucks and we take them to the gate,” White said.

Some fair-goers are ditching driving and using bus transportation to get to the fair.

Metro Transit is offering an express bus service to the fair.

Similar to last year, there’s only three pick up locations in the metro. The company said they can’t add stops throughout the region because of a lingering bus driver shortage.

Some attendees are choosing a different route — the free park and ride option.

Attendees can pick from over 30 locations in the Twin Cities to hop on a bus and get dropped off steps away from the fair.

If you decide to drive to the state fair, pack your appetite and your patience.

“Take an Advil and an energy drink,” said state fair attendee Duranda Torkelson. “You have to come with the right frame of mind to know what you’re up against.”

The drop off locations are also steps away from the state fair gates. 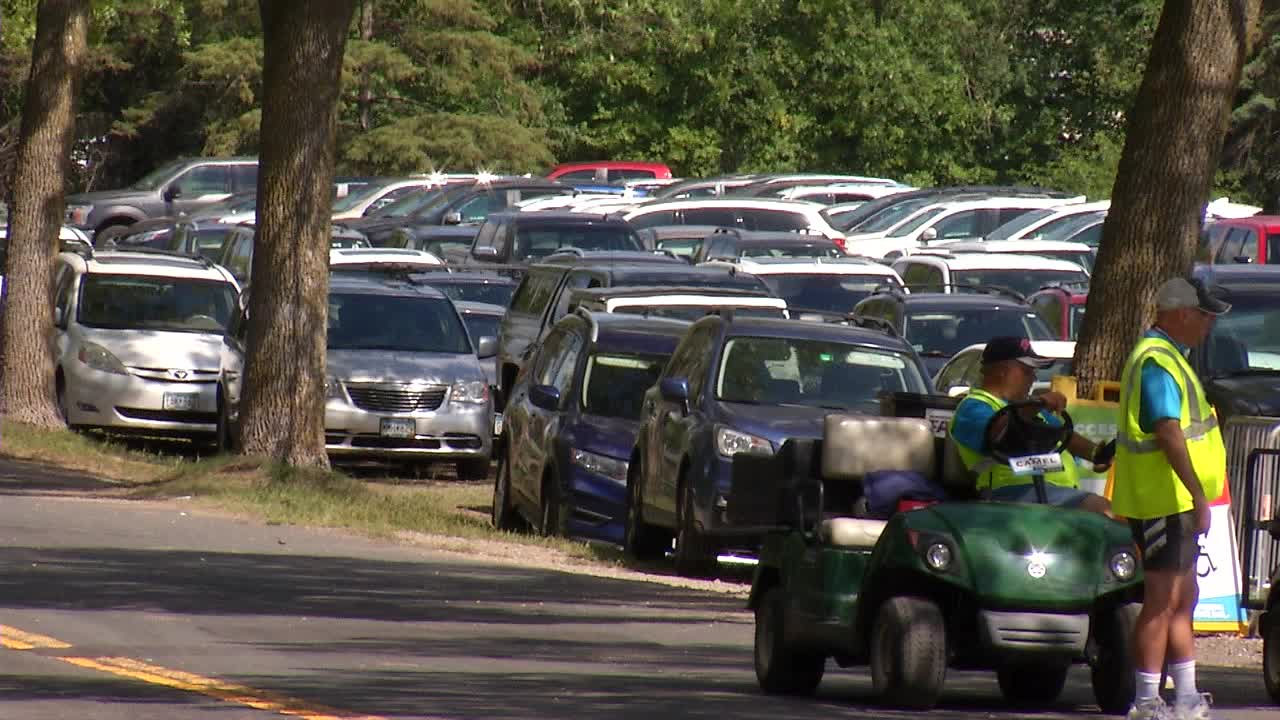